Stone Gossard on Pearl Jam’s Longevity: You can have years where you feel like, ‘I’m not quite sure anymore.’ – 2022 – Interview

During a break from the road, Stone Gossard recently took the time with VWMusic via phone to discuss all things Pearl Jam, his take on the demise of hard rock and heavy metal, and much more. You can read the entire interview @ this location.

There is a long-running narrative that grunge killed the career of many hard rock and heavy metal musicians. What’s your take on that? 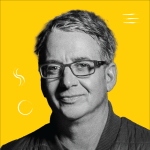 But you know, a lot of those heavy metal bands you’re talking about are still around, so clearly, they all didn’t die. Sure, a lot of them had to regroup, and yes, some did die, but that’s part of the life cycle, right? There are still a lot of fans out there who love hard rock, and I’m one of them. I love hard rock, and I always have, but renewal and rebirth are a part of art, I think.

In your opinion, is rock dead?

I mean, who knows, and who cares? [Laughs]. Honestly, Pearl Jam is playing shows and we’re having fun, so whatever it is that we’re doing, we’re having a good time, and our fans seem to be having a good time too. I love the open-endedness of rock music because there is no defining quality to rock music. It’s about multiple people playing music together, with whatever instruments it is that they choose to play. Whatever it is, if it’s anything that could be rock, I love it. I love bands. I love collaboration.

To me, the frame of “rock music” can hold a lot of different pictures, and there are a lot of pictures that haven’t been made up yet in terms of how a band might sound together. With that, we don’t know what the instrumentation might be, and why it would be heavy, but it could still be rock, but it might be different instruments that still that evoke that same heaviness that rock evokes, which is something that’s primal.

I think that with rock, it’s something that’s honestly relative to the blues, which again, is what we’re all sort of connecting to on a fundamental level, right? So, the blues has been around for a long time, and I don’t think it’s going anywhere. It’s just gonna keep changing shape.

Pearl Jam has more or less outlasted most of its contemporaries from the initial early 90s era. To what do you owe the band’s longevity?

We didn’t break up. [Laughs]. It sounds silly, but it’s true. The other thing would be that we went into this with an idea about what we wanted to do, and we had goals. The goal, more so, the idea was that we wanted to be in a band that we were going to share with each other. We knew that we were all going to support each other because all of us were artists, we all wanted to write, and we all do that at different levels, and in different ways. So, over the years, we stayed true to that, and I think that having that ideology built into our DNA as a band, I think that has carried us through periods of time where maybe we wouldn’t have lasted because we did give each other a break. Honestly, you can have years where you feel like, “I’m not quite sure anymore. This is not working in the way that I want it to.” And then five years after that, you’re like, “Man, you know what? This is great. I’m so glad I stuck around.”

The thing is, in order to get that perspective, it takes a lot of perseverance, and it takes a lot of stubborn competitiveness. You have got to believe in yourself even when you know you’re not playing your best, or you don’t feel like you’re being supported, or whatever. All of us have had those moments in this band where it wasn’t quite right, but like a family, you stick it out with each other, and you work on it a little bit every day. For us, the ideals of what we set out to do are still paying off for us now. The only difference is that now, we’re just a bunch of fucking old guys who feel so fortunate, and so lucky to be with each other still. We feel lucky to have a bunch of songs that we’re still learning how to play in new ways. Beyond that, we have a bunch of songs that we’ve hardly ever played, and those might end up being the ones we want to play a lot on the next tour. We’ve got hundreds of songs and covers that we play, and it’s just a really amazing thing to be able to go out and do that. Still, I think all of us just feel like, “Wow, how did this happen? This is amazing.”

Previous: Guy Fieri on Rage Against the Machine Concert: “The big screen is an honor!” – 2022 – WATCH VIDEO
Next: Iron Maiden: The first leg of the 2022 tour is in the bag – VIDEO – US/CANADA