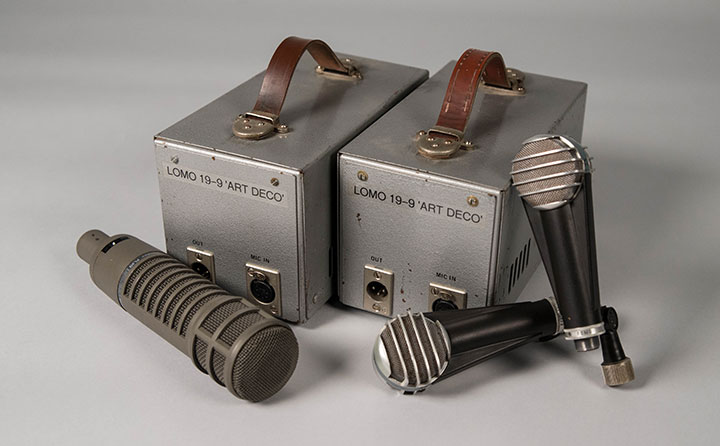 Steve Albini, recording engineer of many seminal records and owner of Electrical Audio, has three microphones he is looking to auction. The microphones, a Electro-Voice PL20 and two Lomo 19A9’s, have gained notoriety as they were used to record parts of Nirvana’s final record, In Utero. The Lomo 19A9’s were used as overheads for Dave Grohl’s drum tracks. One of the Lomos and the PL20 were used together for Kurt Cobain’s vocal sessions. As all three have become more like historical artifacts, as opposed to utilitarian microphones, Steve has decided to sell them to someone who will cherish and take care of them.

Albini’s first instinct was to offer the mics to the surviving members of Nirvana — Dave Grohl, Krist Novoselic, and Pat Smear — to see if they had some sort of repository of Nirvana memorabilia. All three musicians declined the offer and told Albini that he should sell them.

“They stopped being microphones and now they’re artifacts,” Albini said. “I feel like I should get them into the hands of somebody who would take care of them and not put them at risk in the hectic environment of a recording studio.”