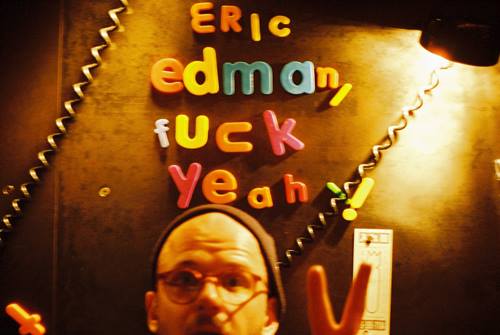 Shout Out Louds have released a statement regarding drummer Eric Edman’s absence from the band.

Official Statement:
“Eric played the drums on a few songs on our last album ”Optica”, but before that he made it clear to us that life on the road wasn’t for him. He is still a member of the band, but only by blood. He does our books and handles our money, though. (His economics studies payed off, stay in school people!)  He is still our best friend, and don’t be surprised if he turns up once in a while on stage or for other spectacles. Stay cool brother, we love ya to bits! Thanks for everything!”

Shout Out Louds released their fifth full-length album, Ease My Mind, on September 22, 2017. You can watch the official video for the group’s new single “Porcelain” on our previous post.