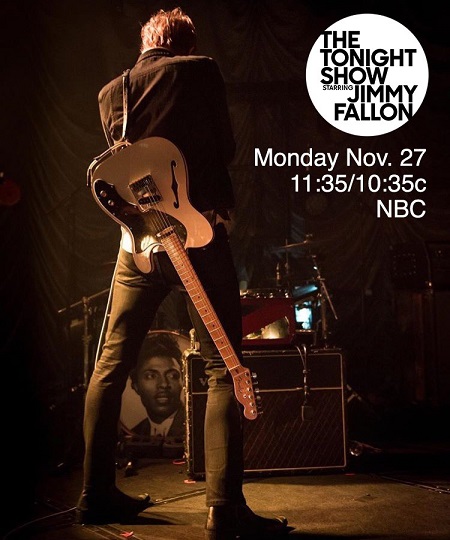 Spoon will be the featured musical guest this evening (November 27th) on the Tonight Show Starring Jimmy Fallon.  Tune in at 11:35/10:35C on NBC.

Spoon is currently promoting their latest album, Hot Thoughts, which was released on March 17, 2017 via Matador Records.  The album peaked at #17 on the US Billboard 200 albums chart. The title cut and lead single reached the top spot in its seventh week, marking the quickest rise to #1 for a song on the Adult Alternative Songs chart since Kings of Leon’s “Waste a Moment.”

Previous: Interview: An Evening with FISH at The Islington 2017
Next: Listen to Ann Wilson Perform Unplugged Version of Heart’s “Crazy on You”