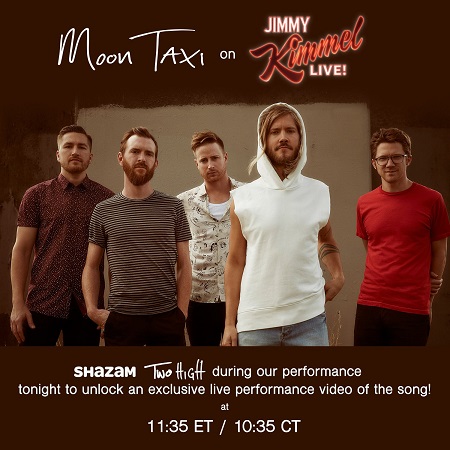 “Two High,” the band’s newest single, has been taking Moon Taxi – Trevor Terndrup (vocals, guitarist), Spencer Thomson (lead guitarist and producer), Wes Bailey (keyboardist), Tommy Putnam (bassist) and Tyler Ritter (drummer) – to new heights, topping over 60 million streams on Spotify and making heavy rotation on SiriusXM. Written in response to the push for peace, but not reacting to the politics, of the Women’s March this past January, it’s a song that encourages listeners to keep looking for a positive way forward – from their own internal battles, to the ones suffered by the world at large.