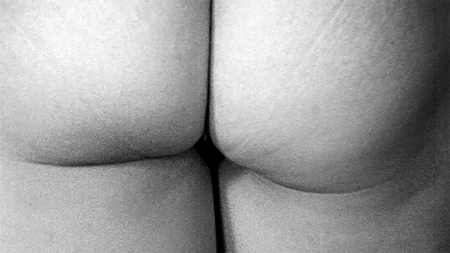 Yoko Ono’s Film No. 4 (known as ‘Bottoms’) was famously banned by the Royal Albert Hall and UK film censors in 1967. Fifty years later, with Ms. Ono’s permission, the venue will make amends by screening the film in its entirety for the first time, as part of their counterculture season Summer of Love: Revisited.

The screening in the Halls’ Elgar Room will be followed by an expert panel discussion in response to the film and the censorship of artists during the counterculture movement, hosted by Mia Bays, the Oscar winning producer and Director of Birds Eye View, a charity dedicated to turning up the volume of the female voice in film.

The panel discussion will also feature Dr. Devorah Baum, lecturer in English Lit & Critical Theory at the University of Southampton and co-director of documentary feature film The New Man, and Suzanne Keyte, archivist at the Hall.

Purchase tickets at this location.

‘I’m very pleased that my film ‘Bottoms’ is finally being shown at The Royal Albert Hall, 50 years after it was banned. As I said at the time in 1967, “These bottoms belonged to people who represented the London scene. And I hope that in 50 years or so, they will see that the 60’s was not only the age of achievements, but of laughter.’
Love, Yoko 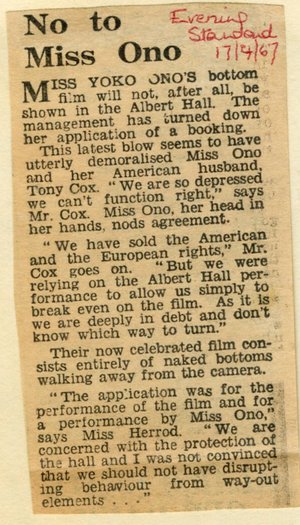