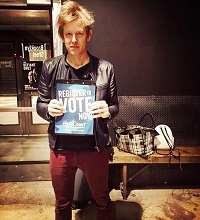 Britt Daniel: “I’m looking forward to playing a few songs at two town halls that Beto O’Rourke is holding in Central Texas next week — first in my hometown Temple on Thursday and then San Antonio on Friday. This’ll be the first time I’ve played in Temple since my last days of high school when me and a few friends played on the front steps of Temple High. I hope you can make it out to hear Beto speak — he’s got great ideas and he’s running a brilliant campaign free of consultants and PAC money. I believe in what Beto’s saying and I support his true Texan values.” 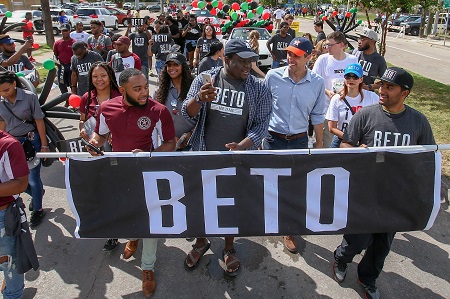 About Beto O’Rourke:
Beto O’Rourke is a fourth-generation Texan, born and raised in El Paso. After graduating from Columbia University, Beto worked in New York for a few years before deciding to move back to his hometown and start a small technology company. El Paso wasn’t the most likely place to start a company like this, but thanks to the work of some really talented El Pasoans, the company was a success. Over the years Stanton Street hired dozens of people in high skill, high-wage jobs that one might not expect to see in a border community.

Outside of work, Beto became deeply involved in the civic, business and community efforts in El Paso. He ran for El Paso City Council in 2005 and served for two terms before running for U.S. Congress in 2012, taking on an eight-term incumbent and winning. He knocked on thousands of doors and had real conversations, face-to-face, with the voters in El Paso.

In Congress, Beto serves on the House Committees for Armed Services and Veterans Affairs. He has made it a priority to work across the aisle to secure bipartisan support for his legislation, because Beto knows our country is at its best when we can put party aside to work together, build consensus and find common ground. MORE