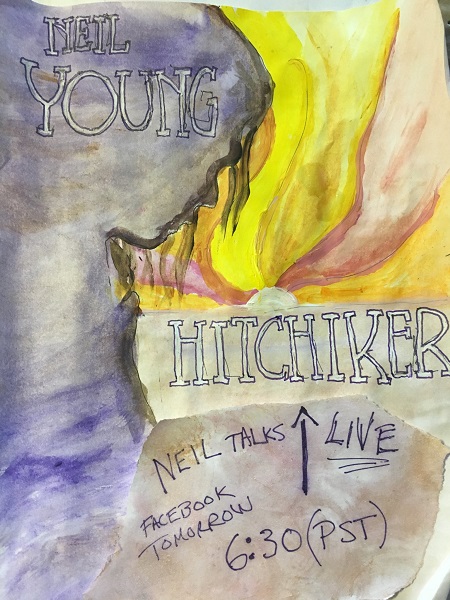 Hitchhiker was originally recorded on August 11, 1976 at Indigo Ranch Recording Studio in Malibu, California and features 10 never-before-heard acoustic songs. The album’s title track has been embedded below.

If the audio is muted on the video, right-click over the video, then choose ‘unmute’