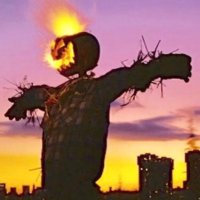 Sonic Youth (Official):   “Lee Ranaldo and Bob Bert will attend and Lee will perform at the Desolation Center premiere in Brooklyn on August 15”

THE FILM
The untold story of anarchic punk-rock desert happenings that sent reverberations through our culture.

Following the screening there will be a live performance by Lee Ranaldo (Sonic Youth) with suspended electric guitar, accompanied by the projected films of Leah Singer.

Desolation Center is the untold story of a series of Reagan-era guerrilla music and art performance happenings in Southern California, recognized as the inspirations for Burning Man, Lollapalooza and Coachella, paving the way for these collective experiences that have become a crucial part of alternative culture in the 21st century. The feature documentary combines interviews and rare performance footage of Sonic Youth, Minutemen, Meat Puppets, Swans, Redd Kross, Einstürzende Neubauten, Survival Research Laboratories, Savage Republic and more; documenting a time when pushing the boundaries of music, art, and performance felt almost like an unspoken obligation. Directed by the creator and principal organizer of the events, Stuart Swezey, Desolation Center is the true story of how the risky, and at times even reckless, actions of a few outsiders can unintentionally lead to seismic cultural shifts.

Lee Ranaldo and Bob Bert will attend and Lee will perform at the Desolation Center premiere in Brooklyn on August 15https://t.co/re5y2uU049