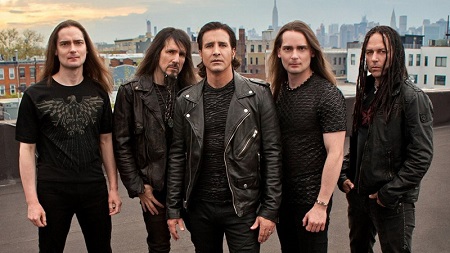 According to Staten Island Live, the group Art of Anarchy are suing Scott Stapp for $1.2 million, alleging the former Creed vocalist refused to tour or promote the band’s latest album, The Madness.  The lawsuit also alleges that Stapp did not take part in photo shoots, promo videos and publicity events, which were required by his contract.  In addition, Vice Inc, which lists Art of Anarchy founding members Jon and Vince Votta as chief executive officer and principal executive officer of the company, claim that Stapp caused the group to lose their record deal.

“Despite Vice’s repeated and specific directions to Stapp, and Vice’s entreaties for his cooperation, Stapp repeatedly and continually shirked his contractual obligations,” read the complaint. “If Stapp had dedicated himself to Art Of Anarchy with the same fervor that he dedicated to his solo career, Art Of Anarchy would have had a successful concert tour and its record contract would not have been terminated.”

Stapp joined Art Of Anarchy in 2016, replacing the late Scott Weiland who had been hired to sing on the band’s 2015 self-titled debut album.

Previous: The Monkees: Michael Nesmith & Micky Dolenz 2018 Tour Announced
Next: Concert for George (Harrison) Screenings/Theaters in the US – List, Find