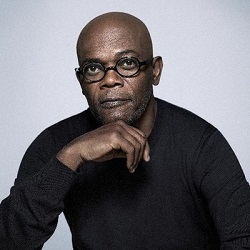 Samuel L. Jackson: So….a QB forgot he was…QB & got jacked with his own helmet cause he couldn’t get the other guys’ helmet off… I wonder what & who the commentator thought was Barbaric? #rhetoricalquestionfornoparticularreason

“Cowardly & BushLeague” from the dude that started it?? Really?? & did he say “Bitch” while trying to get up? 3 Steelers 1 Brown, QB being Aggro….played badly, fought worse!

That’s assault at the least… 6 months in jail on the street.. now add the weapon and that’s at least a year right?!

The NFL has suspended Cleveland Browns defensive end Myles Garrett "indefinitely" after he pulled off the helmet of Pittsburgh Steelers quarterback Mason Rudolph and hit him with it.https://t.co/gym2keR4zw

This for you Mason !!!!! pic.twitter.com/J8N3TLOWHp