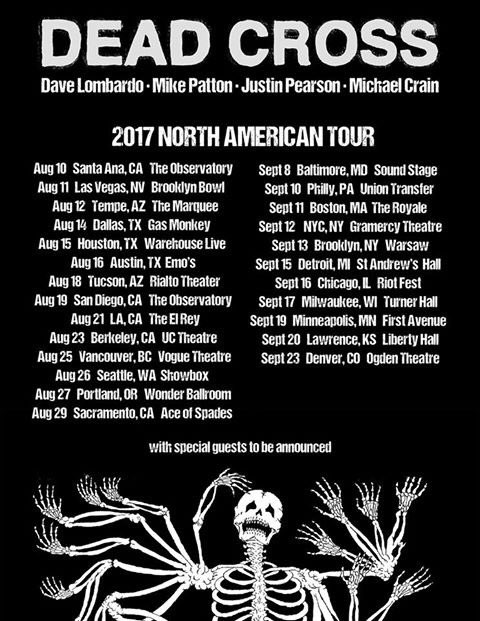 Dead Cross, the group featuring former Slayer drummer Dave Lombardo and Faith No More’s Mike Patton, announced their 2017 North American tour dates.  Tickets will go on sale Thursday, May 25th at 10 AM (PT).  A list of tour dates can be found below.

Dead Cross’s debut album will be released on August 4 via Mike Patton’s imprint, Ipecac Recordings. Earlier this month, the band released the track “Grave Slave“, which can be streamed, at this location. 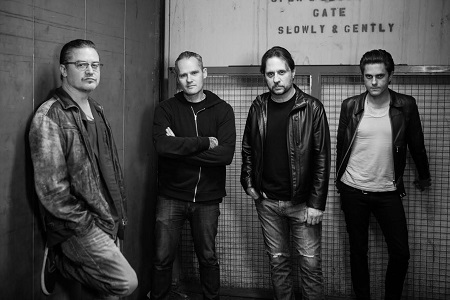