Ratt’s Platinum Producer Beau Hill on Guitarist Robbin Crosby, “He was very masterful at masking what was going on” – Interview 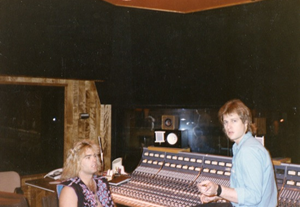 Here’s an excerpt from our interview with producer/engineer Beau Hill where he talks about working with Ratt guitarist Robbin Crosby. You can listen to the entire interview directly on YouTube or via the embedded video clip below.

full in bloom: Robbin Crosby, you said you were closest to him out of any of the members of Ratt? 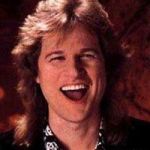 He was just a lot of fun. That’s what I remember. He came up with these weird things. (laughs) He would walk in and listen to Stephen (Pearcy) warming up. He was standing in the hall, so Stephen couldn’t see him, and he said, “I’m sure glad the girls think he’s sexy because he can’t sing.” And then he would come in and he would listen to me mixing, and he would say, “Man, you really made that very Beaubadelic.” That became sort of a catch phrase. He would come in and he wouldn’t like something going on in a particular song, and he would say, “Beau, get that thing more Beaubadelic.” “Ok, I’ll do that, Robbin.”

Yes and no. I had always sort of suspected in the back of my head that Robbin had some issues. But he was very masterful at masking what was going on. He was a big guy; he was 6’5″ and so, even when he’d had that tenth vodka tonic too many, it didn’t…he got buzzed and got drunk like everyone else. But it was the drug use that he hid very, very well.

I knew something was wrong when I was recording somebody else at Enterprise Studios and the front desk called me and said, “Hey, Robbin Crosby came by to see you.” I said, “Oh, great, send him in.” He came into the control room and pulled me over to the side and said, “Hey, how much money do you got on you?” I said, “I don’t know, 80 bucks, 100 bucks, something like that.” He said, “Can I borrow it?” I said, “What do you mean?” He got kind of agitated, and he said, “Look, I just need some money; I need it right now.” He was there with his drug dealer, who was a guy I didn’t know. So, I gave him the money and that’s when I knew there were some very deep problems with him. 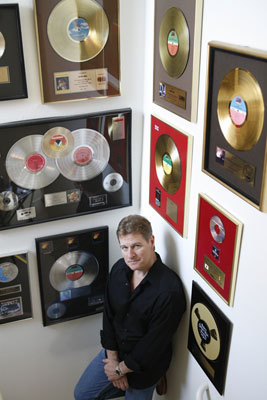 I had already finished ‘Reach for the Sky’ and I was on to the next project.

You didn’t notice anything on ‘Reach for the Sky,’ like a difference in the studio?

Yeah, a little bit. He was a little more absent than he normally was. I think at that point, Robbin didn’t even attempt to do solos, so Warren (DeMartini) did everything. I believe that’s correct. So, Robbin came in and played his rhythm guitar parts and pretty much left and I didn’t see him much during the recording at all.

He was still ok on the previous album (Dancing Undercover)?

Well, I think an argument could be made that he wasn’t ok, ever. (laughs) But for ‘Dancing Undercover,’ he was more present. He was there and he would run interference for me and help me out as much as he possibly could. 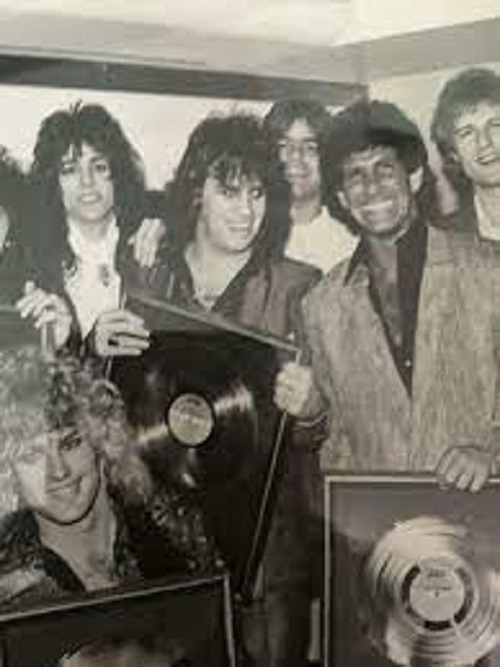 This excerpt was taken from our interview with Beau Hill on the making of Ratt’s ‘Out of the Cellar.’ You can listen to the entire interview directly on YouTube or via the embedded video clip below.