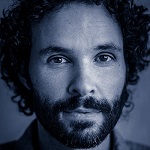 Israel Nebeker:  “I can’t believe it was almost ten years ago that we put out 3 Rounds And A Sound, our first Blind Pilot album. I remember thinking at the time it would most likely be heard by our families, our friends, and a handful of Portland strangers that would happen upon some of our shows. Then, this little album started crossing the continent and paving the way for us to follow it and play shows for more people and in more places than I ever could have dreamed up. It would take me days to list even the highlight moments held in these unbelievable ten years, and what comes to me with the most profound gratitude is you, our fans. I’m eternally, overwhelmingly grateful to you all for giving us this path in music. Thank you for listening and connecting to what we make. For ten years you’ve given us a place and purpose, and I’ll never be able to thank you enough.

“We’re celebrating! For the tenth birthday of 3 Rounds And A Sound we’re traveling to some cities in the northwest to play shows. We’ll play our first album in its entirety, and then we’ll play some newer songs too. We hope to see you there.” 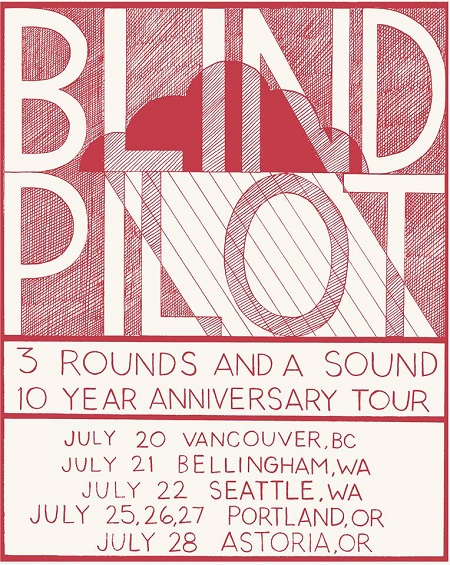 Blind Pilot released 3 Rounds And A Sound on July 15, 2008 via Expunged Records.  “Go On, Say It,” was chosen as the ‘Single of the Week’ on July 7, 2008 on Apple’s iTunes Store, yielding approximately 2 million downloads.

Previous: The Rhino Podcast: Micky Dolenz and Andrew Sandoval Interview
Next: The Kooks “No Pressure” & “All The Time” New Song Premiere – New Album 2018