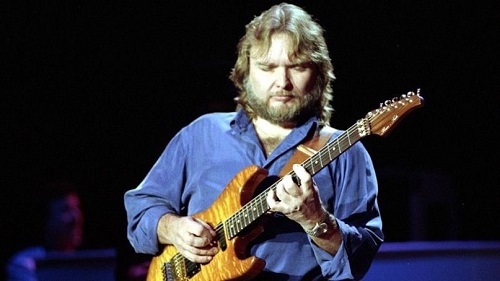 Randy Bachman paid tribute to Lynyrd Skynyrd guitarist Ed King who died Wednesday in Nashville.  A founding member of Bachman–Turner Overdrive and The Guess Who, Bachman described King as “such a talented guitarist.” 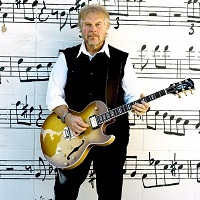 Randy Bachman:“Sad to hear about the passing of Ed King. He wrote the anthem of the south with Sweet Home Alabama and was such a talented guitarist. My early BTO days were often spent playing with #lynyrdskynyrd. A great band. #rip #rockandroll #sweethomealabama”

According to a statement from Scott Coopwood, King battled with cancer.  He was 68 years old.

Wikipedia:
Ed King met the members of Jacksonville, Florida-based Southern rock band Lynyrd Skynyrd when the band opened up for Strawberry Alarm Clock on a few shows in early 1968. It wasn’t until 1972 that he joined Skynyrd, replacing Leon Wilkeson on bass, who left the band briefly. Wilkeson rejoined the band, and King switched to guitar, creating the triple-guitar attack that became a signature sound for the band.

His guitar playing and songwriting skills were an essential element to the band’s first three albums: Pronounced Leh-Nerd Skin-Nerd, Second Helping, and Nuthin’ Fancy. King co-wrote “Sweet Home Alabama,” and his voice counted the “one, two, three”, before he launched into his famous riff to start the song. Other songs that King wrote or co-wrote the music for include “Poison Whiskey,” “Saturday Night Special,” “Mr. Banker,” “Swamp Music,” “Whiskey Rock-a-Roller,” “Railroad Song,” “I Need You” and “Workin’ For MCA”.