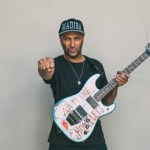 Tom Morello: On this episode of my Maximum Firepower podcast I sit down with producer Bob Ezrin (Aerosmith, Alice Cooper, Lou Reed) to discuss our Top 10 favorite guitar solos.

Listen wherever you get your podcasts.

On the His Favorite Guitar Solo: 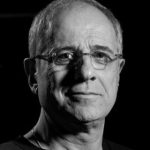 Tom Morello: Bob produced ‘The Wall.’ So, tell us about the recording of that solo.

What we were doing when we made that record, we would create a guide track first, and then kind of overdub everybody to it. So, for most of the songs, we would have like an acoustic guitar and a vocal to set the song form for us. It was be done to a click, sometimes human, sometimes a drum loop that we made. And the drum loop was literally a loop of tape that would go all the way around the room from the machine across mic stands and back to the machine. We would cut it out of some of Nick Mason’s own playing, so that when it came time for him to play on top of it, he was playing with someone he knew and loved (laughs).

So, on this one, I had a pretty good notion for the kind of arrangement of the song and so did David. We had a drum loop, so the two of us sat down, I played piano and David played guitar. He was set up through his big Yamaha – he had a Yamaha Leslie amp, and he had a secondary amp. I can’t remember if it was the Hiwatt or exactly what it was, but the combination of the two is what made up that sound.

I was playing the other parts on the piano, just so there was body to the guide track. We’re playing along and we come to the solo, David Gilmour goes (mouths the solo), which knocked me back on my piano. I mean, I didn’t stop playing because I’m a pro (laughs), but I almost passed out.

So, it was improvised?

Improvised, off the top of his head, which so much of his soloing is. It was just so amazingly beautiful and fitting, complete. It started right. It arced right. It ended perfectly and led into the next bit of the song. For me, it was perfection. I just went, “Oh, my God, that’s our solo,” and David said, “I think I can do better.” So, he went and tried hundreds of times to better that solo.

And it was the first one that you kept.

Yes. My recollection is that’s the one we kept.

Wow. There’s such a spiritual component to that solo. There’s clearly a tapping into something else.

Right, which by the way is so much of what David does. And it’s interesting because he’s rather taciturn as a person, right? He’s not the most effusive person you’ve ever met and runs the gamut of emotions from A to B. You don’t ever really know what’s going on there, unless you know him very, very well, and I think that’s purposeful on his part. He likes to hold things back. But, boy, when he plays, he plays a whole world’s worth of emotions. He plays the whole world’s worth of spirituality, tenderness, beauty, and majesty.

Listen wherever you get your podcasts.