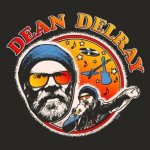 Dean Delray: It’s Gene Simmons of KISS on Let There Be Talk. 2 hours of Rock and Comedy Talk. You can listen to the entire interview @ this location. An excerpt from the interview can be found below. 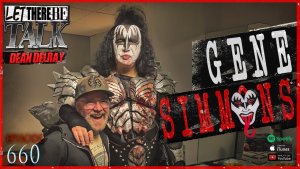 When you approached Van Halen back in the day, how did they know it was really you if no one had ever seen you without your makeup? Did people around town go, “Oh, those are the KISS guys?”

Yeah. My date for that night was a girl named Bebe Buell, who would then move on to have a child with Steven Tyler, Liv Tyler. But she had been friendly with other people as well. I was busy up at a place called the Starwood.

There was a guy named Rodney Bingenheimer who was called Prince of Sunset Boulevard (Mayor of the Sunset Strip), or something like that. He’s a fascinating guy. He championed English music, The Sweet. If it wasn’t for him, you wouldn’t have heard all the early stuff. 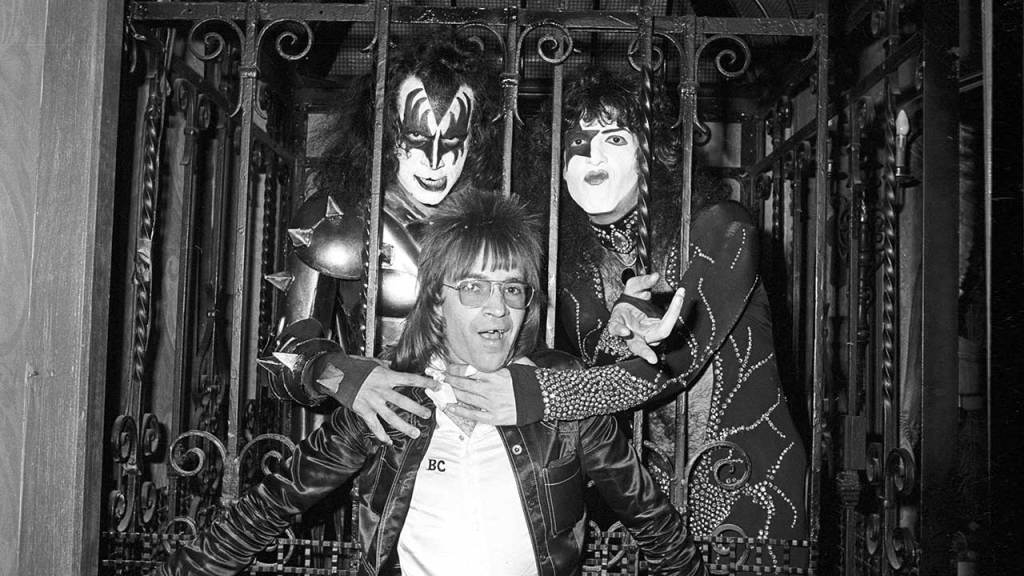 Bowie became more acceptable in America. The Sweet, even though they had hit records, “Little Willy,” which I was never fond of, but you can’t criticize “Ballroom Blitz.” You can’t. Without that, you wouldn’t have “Kickstart My Heart” (Motley Crue Song). The Sweet were so underrated.

Anyway, any English band that came to L.A., Rodney would be the host. He called and said, “Hey, do you want to go see some bands? There’s a group called The Boyz with a good guitar player named George Lynch.” I said, “Sure.” There were three bands on the bill, and I think they were second on the bill. “Sure, I’ll go.”

I was there upstairs because they put all the VIP assholes upstairs, so everyone can look and point. I was busy with, “Can I have your autograph?”

But people knew it was you?

Yeah. So, they came up and I was trying to be nice. Then all of a sudden, I heard like (makes guitar soloing sound), but symphonic and melodic, not just noise. Where you could hear the melody and be able to hum it back, instead of Yngwie (Malmsteen) nonsense. You know, good luck to him, too, good luck to anybody. But nobody walks down the street humming Yngwie solos versus Van Halen solos. The great solos, you can hum. He (Eddie Van Halen) spent time figuring the musicality of it.

I just pushed everyone to the side, and I went to the front. There was hardly anyone on stage. There was a shirtless guy (David Lee Roth), who looked like Jim Dandy from Black Oak Arkansas, doing crazy stuff. You had a bass player (Michael Anthony) pounding away, playing really good stuff. I can play a little bit. This guy was doing good stuff, great runs. But he’s got to fill up the musicality because the guitar player is not playing chords, he’s typing away on the neck. I had never heard or seen anything like that. By the third song, I’m waiting backstage. And I’ve told this story many times before. They came back:

“Guys, I want to offer my services. I don’t know what you’re doing.”

“Well, that guy over there, we’re about to sign with him.”

“He’s a yogurt manufacturer? Why are you going to sign with him?” 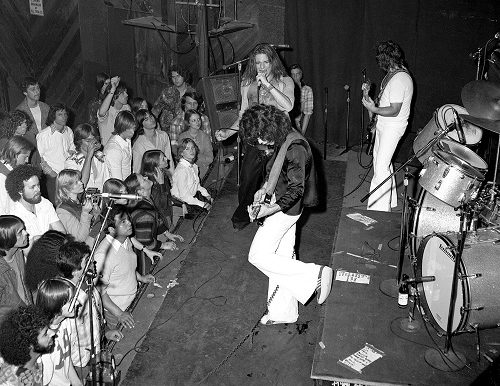 “No, you don’t understand how it works. If you make a hundred bucks, you might see ten dollars, may be as your profit margin – that’s pre-tax. If you’re really good, you’ll be able to see twenty dollars. Then after tax, you’ll make ten dollars, and then you’ve got to split it among the four guys. Not to mention the manager, who’s going to take ten, fifteen, twenty percent.

Are you out of your mind? You’re going to give this guy…just because he had money. You don’t understand how the business works. Sign to me. I’m not going to torture you and everything. I’ll fly you to New York. I’ll produce you at Electric Lady Studios.”

That’s what I did. I brought David some higher heeled boots and everything. I gave Edward, when he was alive, the master tapes. I said, “I don’t want it to come out,” but, of course, it’s out there and it sounds great. Some of those arrangements are yours truly. But those guys were self-contained, played live in the studio. There’s some stuff on there, one called “House of Pain,” that kills.

Not my “House of Pain.” You’ve never heard a Van Halen song like this. Unrelenting. You should hear, on better speakers, what Michael is playing on bass. Killer, so underrated. There’s nobody who sounded like Michael on background (vocals). His voice cuts through everything.

You can listen to the entire interview @ this location.

Previous: L.A. Guns’ Tracii Guns on the Song “Let You Down”: I was doing everything I could to not completely freak out – Inside the Song – 2022 – Checkered Past
Next: Def Leppard in Indianapolis at Lucas Oil Stadium – TOUR 2022 – PHOTOS/VIDEO – RECAP