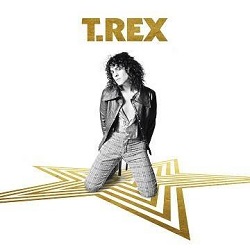 Produced by Marc Bolan, the album features the hit singles “I Love To Boogie” (# 13), “Dandy In the Underworld” and “The Soul Of My Suit”. “Celebrate Summer”, the last single released in Bolan’s lifetime, is included as a bonus track along with several other non-album A-and B-sides.

For this deluxe media book edition, 36 bonus outtakes, demos and alternate mixes have been added, 20 of which are previously unreleased. These have been mastered from original first generation tapes in the possession of two dedicated fans – this is the first time these tapes have been used. 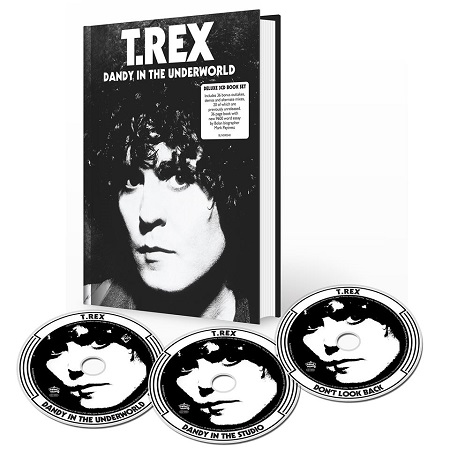 The book features a brand new 9,500+ word note by acknowledged Bolan authority, Mojo writer Mark Paytress, as well as an interview with friend Steve Harley, plus a fan’s first-hand account of one of the concerts on the “Dandy” UK tour, Bolan’s last tour. The book also features ephemera, press clippings and photos from the era, from fans’ collections.

In addition to the 3CD set (which is also available digitally), a double 10″ gatefold set will include Bolan’s last two A-side releases, ‘Dandy In The Underworld’ and ‘Celebrate Summer’. Their original B-sides have been replaced by four alternate mixes and two songs unreleased at the time of recording. Pressed on red and blue vinyl. 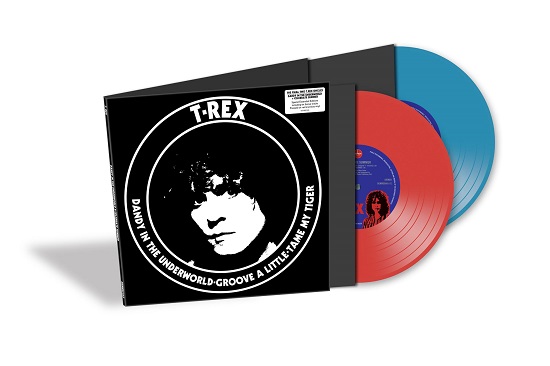