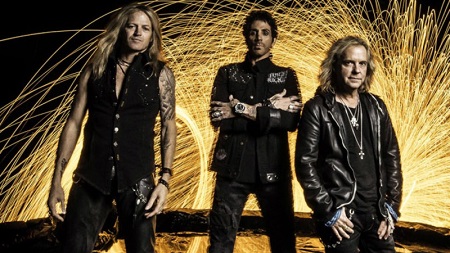 An update from April 18th stated that the band was heading to Italy to begin recording their highly anticipated second record. Alessandro Del Vecchio will once again handle production duties. The post described the album as ‘a scorching set of songs written by Doug and Alessandro between the end of 2016 and early 2017’. In between recording sessions, Revolution Saints will make their official live debut at the Frontiers Rock Festival (April 29-30) in Trezzo (Milan, Italy) where they will be performing a setlist of songs from their first album, plus a few surprises. The band hopes to do more shows to promote the forthcoming album, which is currently set for a release in early October via Frontiers Music srl.