Pamela Anderson on Upcoming Mötley Crüe Movie, “I can’t imagine it being of any interest” 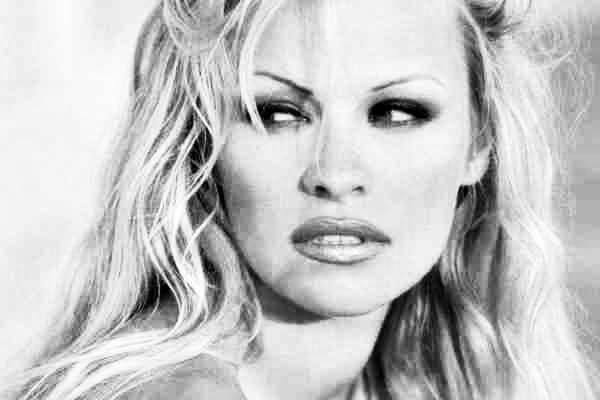 Pamela Anderson recently spoke to the Hollywood Reporter about Julian Assange, Vladimir Putin, Mötley Crüe, Kid Rock and the recent altercation between her son Brandon and his dad Tommy Lee.  A few excerpts have been posted below.

On Brandon’s physical altercation with his father over derogatory tweets the rocker posted about Anderson:

“I stay out of it,” she says. “The kids are adults, and they make all their own decisions. I look at the differences in their personalities and their fearlessness and their ambition and their clarity, and I’m just so proud of both of them.”

Her relationship with Lee, one of three ex-husbands, was famously volatile, with accusations of abuse leveled at the Mötley Crüe drummer. “I picked her up many times from her lawyer’s office and flew her up with her kids and hid her out in Aspen for a month because the guy was beating her up,” recalls former mogul Jon Peters, who briefly lived with Anderson in the 1990s. “But she made it through. She raised the kids. She’s got money. She’s got a career.”

She only hopes she won’t be appearing as a character in the upcoming Netflix movie about Motley Crue, The Dirt. “I can’t imagine it being of any interest,” she says.  She’s even more dismissive when it comes to her other famous ex-husband, Kid Rock. She says she never spoke to him again after they divorced in 2007 and isn’t buying his new Redneck Everyman persona. “When he was with me, he didn’t hunt.  I don’t think he was very Republican, but now he is. Oh well.” She sighs.