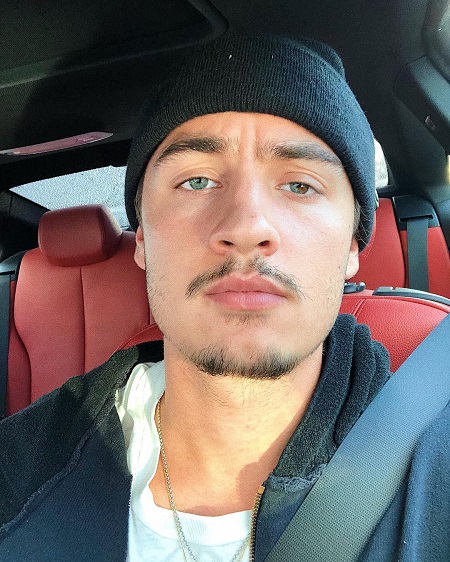 Tommy Lee has posted a picture of his swollen lip (located below), which appears to have happened during a fight with his son, Brandon Lee.  No word on what brought on the dispute, but the former Motley Crue drummer did go on a rant last night about his ex-wife Pamela Anderson’s recent interview with Piers Morgan.  During the interview, the actress and Playboy model talked about how their marriage came to an end after Tommy assaulted her.  Anderson also happens to be Brandon’s mom. 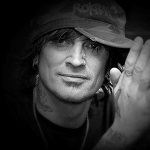 Tommy Lee:
“My fiancé and I were in bed when my son busted into the room and assaulted me.  I asked him to leave the house and he knocked me unconscious.  He ran away from the police.  My heart is broken.  You can give your kids everything they could ever want in their entire lives and they can still turn against you.  Good job Brandon!  Great son! ??” 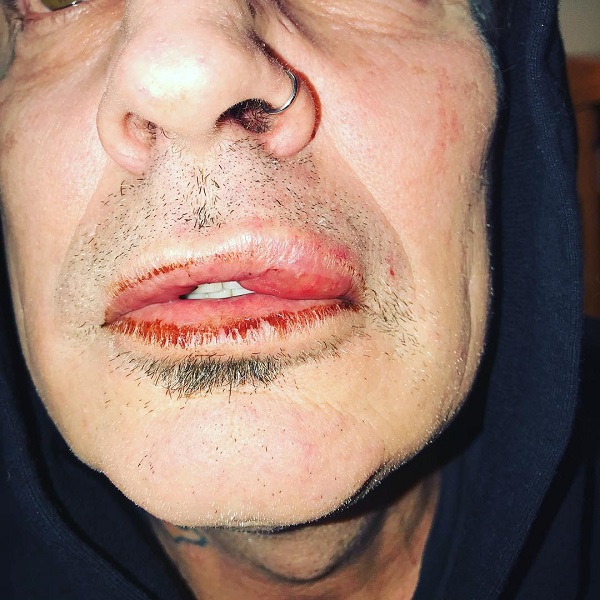 Tommy Lee:  “Piers Morgan ur interviews w/ Donald Trump & my ex-wife are pathetic! Think she’d find something new to discuss instead of rehashing old shit but I guess she has nothing else going on & needs attention. Signed,  The abuser” (who she texts everyday & asks for me back)”

Piers Morgan:  “Morning Tommy! Lovely to hear from you. I’m not responsible for what Pamela told me about your marriage so I suggest you take it up with her.”

Tommy Lee:  “I suggest you don’t interview her. Are you that desperate for people to interview? She literally has NOTHING going on so she brings up old drama for attention. I’m sure there’s some people better worth your time. Lovely to hear from you too ha”

Piers Morgan:  “I like Pamela and I like you… if you fancy doing an interview yourself, I would be happy to let you have your say?”

Tommy Lee:  “I don’t know if you’re joking or not but for your sake I hope you are.  I’m working on it now.  Summer release, wait til u hear this shit, it’ll be newsworthy unlike ur typical gossip bullshit”

Piers Morgan:  “I was kidding. I love your stuff. Send me a signed copy when it’s out.”

Tommy Lee calls out TMZ:
“Hey TMZ maybe get your facts straight before you go reporting bullshit. My fiancé and I were in bed when my son busted into the room and assaulted me. I asked him to leave the house and he knocked me unconscious. He ran away from the police. THAT’S the truth.”