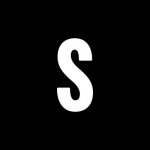 Ozzy Osbourne told us about his new album, meeting Randy Rhoads, his memories of Ozzfest, Black Sabbath’s reunions, the dangerous Beatlemania-like fame that came with ‘The Osbournes,’ his recent spinal surgery, and more.

You can read the entire feature @ this location. An excerpt from the interview has been provided below.

On reuniting with Black Sabbath at Live Aid in 1985: 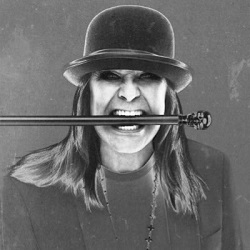 Fucking hell. Going back a bit now. Well, they were managed by my father-in-law [Don Arden], and my father-in-law and my wife [Sharon] and I were in a fucking war. I was fucking served [a lawsuit] at Live Aid by my father-in-law, for interference or some bullshit, and nothing ever materialized from it. And I was drinking lots of fucking booze in them days, and I was bloated.

It wasn’t a great experience. It was more like [an] “I’ll have my revenge on them,” kind of thing. Or no, it wasn’t revenge. It was just the first time I’d seen them all since the breakup.

It wasn’t a life-shattering experience where I went, “Fuck, why did I go and get fired,” and all this shit. It was just Sabbath. By that time, I’d felt freedom as well, whereas with Sabbath, I didn’t feel that important in the band. I used to feel I was just a sideman for their show. I’d come up with my own melodies and that, but I didn’t feel on an equal part with them, because I couldn’t play an instrument. But that was a long time ago, and when you start thinking about this shit now, it doesn’t seem necessary anymore, does it?

You did continue to get back together with them at a few other points. Did you feel at that time like that door was open?

It’s been almost 10 years now since 13, and that’s still the last Black Sabbath album. Do you feel good about where 13 left things?

Not really, because to be perfectly honest, I didn’t really get a charge from the album. Although Rick Rubin is a good friend of mine, I wasn’t really… I was just singing. It was like stepping back in time, but it wasn’t a glorious period. Though Geezer [Butler] did a lot of lyric writing for me, which he’s very, very good at. It wasn’t an earth-shattering experience for me.