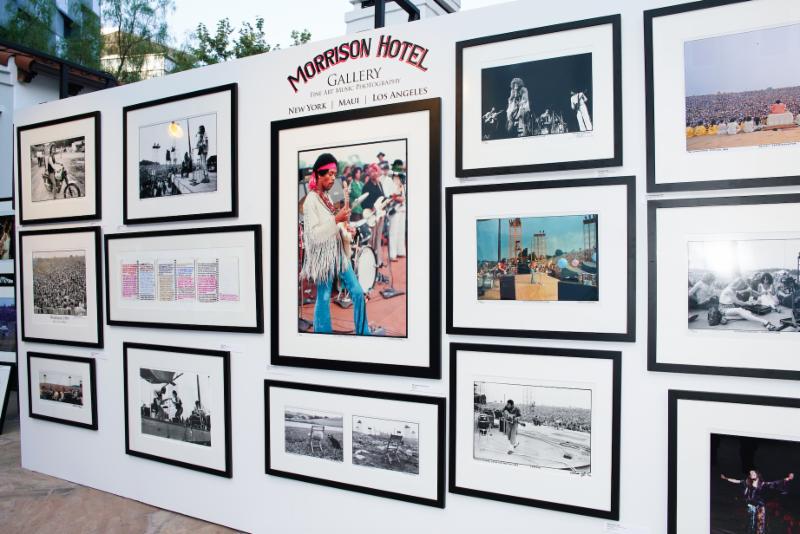 On Friday, August 9th at the New York City gallery (116 Prince Street, 2nd floor), Michael Lang and Henry Diltz will be part of a book signing and opening reception for the Woodstock: 3 Days That Lasted 50 Years exhibit, which will be on display at the LA, NYC and Maui galleries through the month of August. Images are available for purchase at each gallery and on the website – www.morrisonhotelgallery.com.”

It was 3 days that lasted 50 years, and last night the Morrison Hotel Gallery (Sunset Marquis Hotel in Los Angeles) held an exclusive VIP event that celebrated the 50th anniversary of the original Woodstock Music Festival from 1969.

Sponsored by Monster Energy and Jack Daniels, Woodstock: 3 Days That Lasted 50 Years was a celebration of the 50th anniversary of the most iconic music festival in history. Official Woodstock photographer Henry Diltz, John Sebastian of The Lovin’ Spoonful and Woodstock festival co-creator Michael Lang were on hand to give guests a ride back in time as they recalled Woodstock and discussed the performances, the photography from the summer of 1969, and walked through a specially curated collection of music photography from that iconic event, out by the beautiful pool area at the hotel.