Nameless Ghoul, NEW Ghost Album will be, “a record about survival”

Ghost will enter the studio, this summer, to record their follow up to Meliora. The Nameless Ghoul recently discussed the current musical direction, courtesy of Metal Wani:

“Where it’s a record drowned and surrounded and drenched in death, it’s going to be a record about survival, constantly working with those sort of polar elements. If you find a black metal record that is about plague and death you will have only death, everything is black and everything ends black.”

He continued, “Obviously we do have melody and we do have songs that are not so heavy, so from my point of view, from where I’m sitting knowing of a little bit of material coming in, it’s going to be both. It’s gonna have everything from heavy crushing metal to big ballady anthems.”

Beginning in June (2017), Ghost will hit the road with Iron Maiden for a 2-month trek across North America. 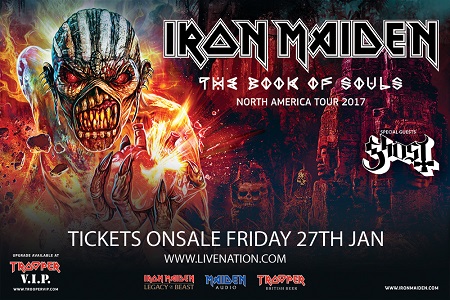