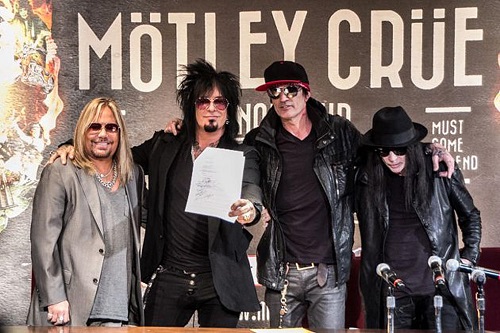 Prior to Mötley Crüe announcing their reunion just a handful of years after they pounded their FINAL tour rhetoric down everyone’s throat (complete with a cessation of touring contract and a promise of free tickets if they ever reunited), an article was published by RadarOnline.com about how Live Nation had offered the band $150 million to tour, but only if frontman Vince Neil lost weight and went to rehab. The article went on to say that Neil was infuriated by the promoters’ demand and claimed the singer insisted it was drummer Tommy Lee who needed to go to rehab. Shortly after the story broke, Neil declared, via social media, there was no truth to the rumor, nor was there any tension between he and Tommy, saying he had not even spoken to anyone in the band since the movie premiere for The Dirt. He also blamed his recent solo gig cancellations on back problems.

Soon after the official reunion announcement, Neil posted, via Instagram, a picture of himself in a hospital gown and haircap along with the caption: “Hand Surgery Today!! #vikingdisease #Dupuytrenscontracture #nashville.”  You’ll notice in Vince’s hand surgery pic (posted below) that he’s holding up his right hand.  Almost as if to say, ‘this is the hand with the issue, bunk pinkie and all.’  Yet at the press conference with Def Leppard and Poison, it was his left hand that was bandaged.  Just an observation.

Rumors later surfaced online suggesting that Neil had lap-band surgery. According to Google, most people are back to work in a week.  Coincidentally, the exact amount of time between his ‘hand surgery’ and the official press conference.

Neil has never been opposed to cosmetic surgery, first delving into the plastic arts during the ’80s.  Later, in 2005, he actually did a VH1 show called ‘The Remaking of Vince Neil,’ where cameras followed the overweight singer as he underwent liposuction and a facelift.

Then there’s this Thanksgiving post from Tommy where he talks about being grateful and doing his morning meditation.

I have so much to be thankful for this year!! We all spend so much time listing all the things and people we’re thankful for and that’s great and I’ll do that privately in my meditation this morning.

That kind of talk could be perceived to be a tad rehab-y, especially for Tommy.

Could the rumors be true?  Neil wouldn’t lie and put the band’s integrity in the crosshairs, would he?  Mötley Crüe have always been so forthcoming and truthful with their fans. ? But if we see a much slimmer version of Vince and a sober and insightful version of Tommy, then could there possibly be some truth to the story? 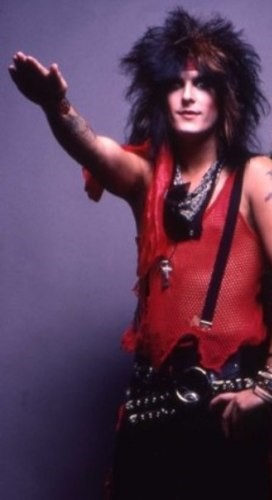 There’s also the info about the band working with a nutritionist which was conveniently leaked to the press.  Is someone trying to cover their tracks?….I’m just sayin’.

Previous: Beck on Jimmy Kimmel Live 2019
Next: Carmine Appice on Buddy Rich Biography: “Great read!!!” – ‘One of a Kind’