Hey everyone you can listen to my new EP, The Rolling Stones playlists + more on Apple Music! Go check it out.. https://t.co/mgX1yuWbv7 pic.twitter.com/oftOZ2SPiC 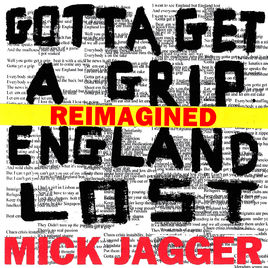 “Doing a whole album often takes a long time even after finishing it with all the record company preparations and global release set up. It’s always refreshing to get creative in a different fashion and I feel a slight throwback to a time when you could be a bit more free and easy by recording on the hoof and putting it out there immediately,” Jagger said. “I didn’t want to wait until next year when these two tracks might lose any impact and mean nothing.”