Artwork from Pink Floyd’s ‘The Wall’ for Sale

ORIGINAL PAINTINGS FROM THE WALL
Masterworks Created for the Album, Concerts and Film, from the Private Collection of Gerald Scarfe

San Francisco Art Exchange LLC (SFAE) has been selected to exclusively oversee the sale of the world’s most valuable collection of Rock and Roll artwork.

Epic in scale and steeped in ROCK history, these original works of art are marquis collectibles for major individual, corporate and institutional collectors. Due to the extensive distribution of the imagery via album, live-performances, music-videos, and the film (along with the accompanying publicity), the artwork offered is among the most instantly recognizable and significant in pop culture.

To request a prospectus email: info@sfae.com

The Wall album topped Billboard charts for 15 weeks, and in 1999 was certified 23x Platinum. It remains one of the best-selling albums of all time, selling over 19 million copies between 1979 and 1990 in the US alone. The film was critically acclaimed when it was released in 1982 and won BAFTAs for Best Original Song and Best Sound. Scarfe developed the film’s entire visual environment before the project began and his characters became a mixture of live-action and animated imagery, all of which played an integral role in the surreal narrative.

The paintings now being offered have been carefully selected by the artist, Gerald Scarfe as his most important works, and include several of the most famous images in Rock history due to their association with The Wall. Iconic artworks such as The Scream, Giant Judge & Hammers (shown below), The Mother, and The Teacher are available, along with several other blockbuster pieces including the massive original storyboard created for the film which incorporates 50 original renderings (measuring overall, a whopping 8′ x 3′).

This image was used in the film during a battlefield scene and was selected upon first sight by director Alan Parker for use as the image for the film poster. 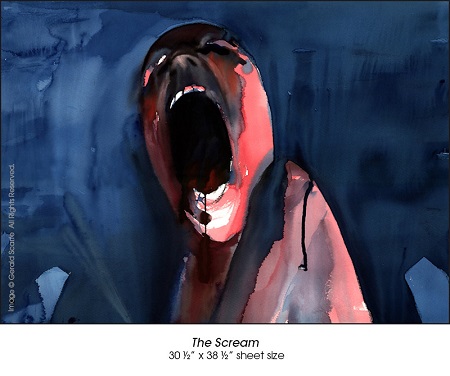 The original design for one of the six iconic characters from The Wall, used on the publicity materials for the film, album, and concerts in 1980-81. 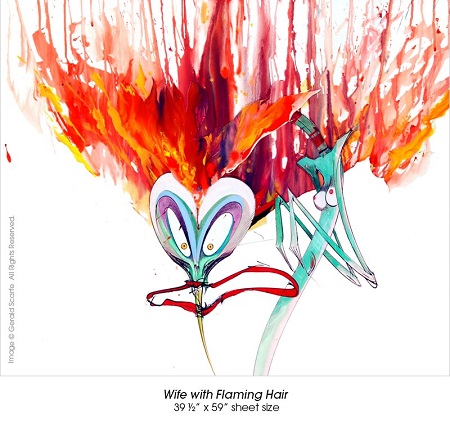 An early version of the iconic Mother character, one of the most significant in the entire narrative of The Wall. Her arms cradle baby Pink in a subtle brick wall pattern, a motif that consistently appears through the film. 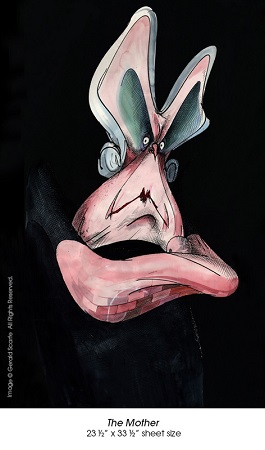 This original concept artwork is one of a series created to draft the live action scene in the film that illustrated the plight of schoolchildren being herded through their education on a maze of conveyor belts. 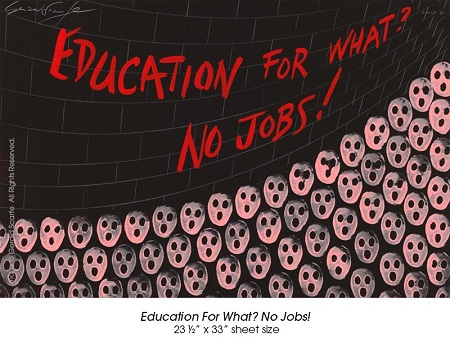 This concept piece was created to demonstrate the look and feel of one of the scenes in the film for both MGM executives and the film makers themselves. 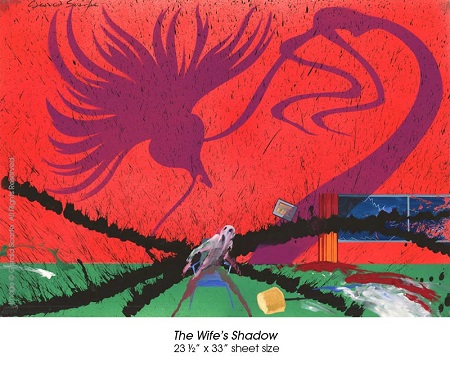 An original concept artwork for the characters that appear during the Blue Skies sequence in The Wall. 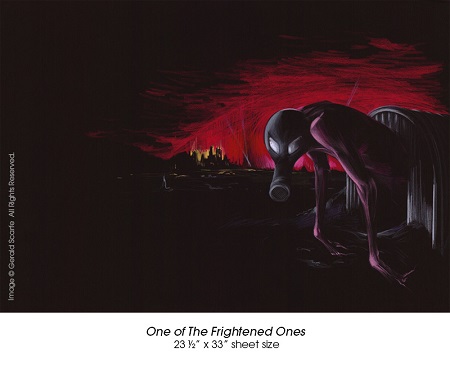 This original artwork of one of the most iconic characters in the story was projected onstage during live performances of Another Brick in the Wall. 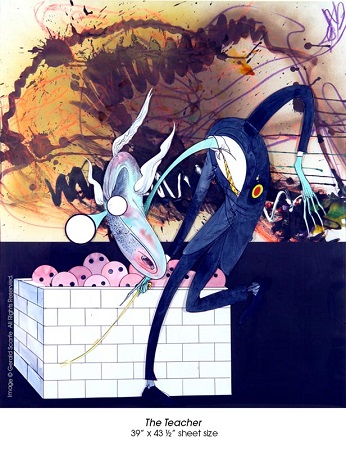 An adaptation of one of Pink Floyd’s most famous motifs depicting the enormous inflatable pig that was to be used for the singular performance of The Wall by Roger Waters in Berlin in 1990. 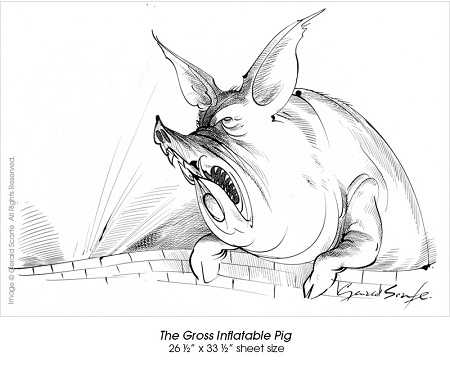 An illustration of one of the key songs in The Wall and a real nightmare “hands like two balloons” shared by both Scarfe and Roger Waters. 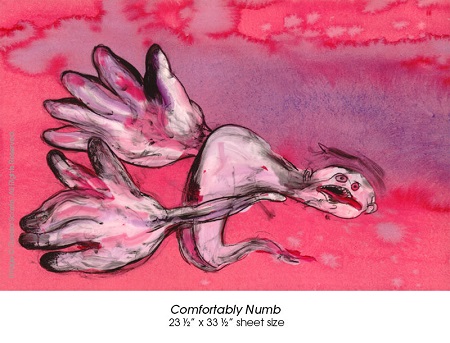 The Wall Original Storyboard
39 1/2″ x 98 1/2″ sheet size
Known worldwide for record-breaking sales of album cover related artwork, SFAE has previously successfully represented for sale such revered artworks as the originals for Abbey Road, Meet The Beatles, Rubber Soul, Imagine, Dark Side of the Moon, Wish You Were Here, Ummagumma, Animals, Lamb Lies Down on Broadway, The Best of The Doors, Candy-O, and many many more.