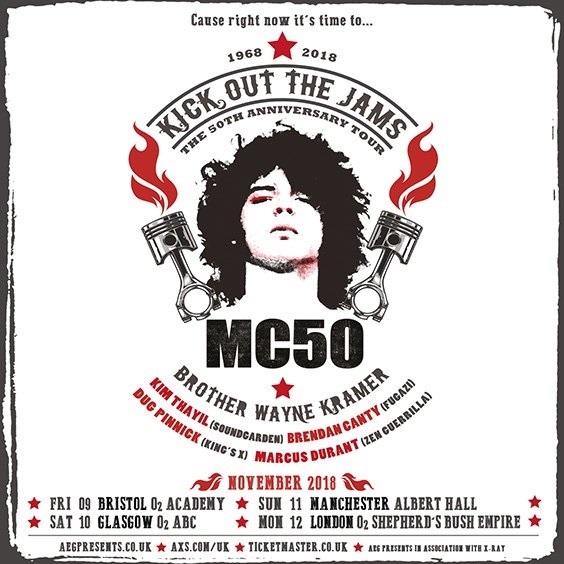 To mark the 50th anniversary of MC5 ’s iconic debut album, Kick Out the Jams, an all-star band including members of Soundgarden, Fugazi, King’s X & Zen Guerilla will join guitarist Wayne Kramer to tour the UK this November, under the name MC50th.  Tickets on sale today (5/4) at this location.

Released in 1969 via Elektra Records, Kick Out the Jams was recorded live at Detroit’s Grande Ballroom over two nights in 1968.  The LP peaked at #30 in the United States on the Billboard 200 chart, with the title track peaking at #82 on the Hot 100.  Although the album received an unfavorable review in Rolling Stone magazine upon its release, it has gone on to be considered an important forerunner to hard rock and punk rock music, and in 2003 was ranked #294 on Rolling Stone’s “500 Greatest Albums of All-Time” list.