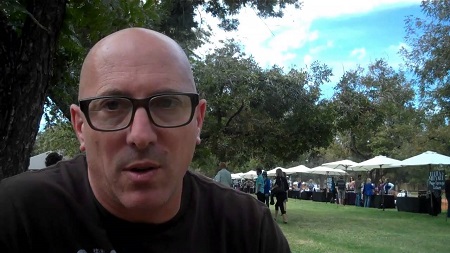 Maynard Keenan on the highly anticipated album from Tool:  “Started getting music files from the boys w the word FINAL in the title a few months ago after 11 years of begging.  That in theory means the tracks won’t change out from under me while I’m trying to write stories and melodies to them.  In theory.

“Still waiting for the FINAL on 1,…but way ahead. Words & Melodies 100% DONE on all but 1. Someday we’ll track them. Long way from the finish line, but at least we’re closer. Meanwhile, new A Perfect Circle release on 4/20.”

Tool has not released an album since 2006’s 10,000 Days. That album debuted at #1 on the Billboard 200 chart after moving over 500,000 copies in its first week. By the end of 2007, the album had sold 2.5 million copies worldwide, and was awarded a ‘Platinum’ certification by the RIAA for sales of over 1 million copies in the United States.