Adele Reclaims No. 1 Spot on Billboard 200 Despite Rihanna’s Free Download 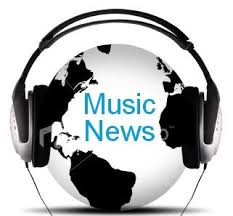 Adele’s record-breaking album 25 reclaimed the top spot on the Billboard 200 albums chart this week, selling 116,000 copies. The set has now spent eight of the ten weeks since it was released atop the Billboard chart, and is expected to surpass 8 million sales in the US alone sometime this week. The new Rihanna album, Anti, was downloaded a staggering 1.4 million times after a surprise release on Tidal, a tidy sum that has already earned the effort platinum status from the RIAA. The album was offered for free, however, so those so-called sales will not be counted by Nielsen SoundScan, whose figures are used to compile Billboard charts. Downloads of the album continued well after the free promotion ended, however, and it is expected to easily grab the top spot on the 200 chart next week.

Coming in behind 25 was Justin Bieber’s Purpose, while Megadeth earned their highest Billboard 200 chart berth since their 1992 classic Countdown to Extinction peaked at No. 2. The band’s new set, Dystopia, moved 49,000 copies in its first week. Last week’s Number One, Panic! at the Disco’s Death of a Bachelor, fell to number 5 on this week’s chart; while David Bowie’s Blackstar, which topped the list two weeks ago, fell to No. 6.