Mani from The Stone Roses Selling Guitars & Amps on Reverb 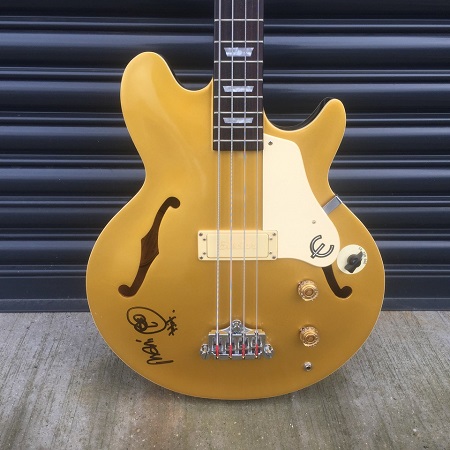 The Stone Roses bassist Mani will be unloading several instruments and amps used on recordings and tours with The Stone Roses and during his time with Primal Scream.

Mani’s official Reverb Shop doesn’t launch until next week – we will post the link when it’s up. In the meantime, you can view pictures of the upcoming items at this location.

A Rickenbacker 4005 bass used throughout Mani’s time with the Stone Roses as a backup for the infamous Pollock Paint Spattered 4005 and in the studio.

A Fender Bassman head and cab used on the recent singles, “All for One” and “Beautiful Thing.”

An Epiphone Jack Casady bass used in the Roses reunion tour including their performance at Heaton Park in Manchester.

A Fender acoustic bass used as a warmup instrument on the last tour.

A Rickenbacker 3005 played towards the end of the Stone Roses and during the early days of Primal Scream.

A Gibson EB-3 used in the Stone Roses for the Second Coming Tour. The back of this bass features artwork by Mani.

Previous: Henry Rollins, “I have decided to leave the LA Weekly”
Next: Mick Jagger, “Back in the studio”