Henry Rollins, “I have decided to leave the LA Weekly” 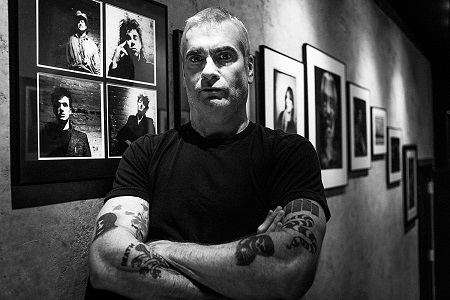 On Wednesday (11/29), Voice Media Group completed its sale of L.A. Weekly to a newly created company, Semanal Media. Shortly after closing the deal, the entire editorial staff, with the exception of one writer, were laid off.

The transition prompted former digital editor Keith Plocek to post a response.  Titled “Who Owns L.A. Weekly?,” Plocek says, “The new owners of L.A. Weekly don’t want you to know who they are. They are hiding from you. They’ve got big black bags with question marks covering their big bald heads.

“These new owners just laid off nine hardworking journalists. Why? For sport? To start anew? To fulfill a blood vendetta that is centuries old?

“Maybe they have a good reason. Maybe they don’t.

“Who owns this publication?”

Late last night (12/1), Henry Rollins, one of L.A. Weekly’s contributors, announced that he was also leaving the alternative newsweekly.  In a brief statement, the former Black Flag frontman said, “I have decided to leave the LA Weekly. It was a great experience and I was lucky to work with such talented and dedicated people. Thanks for reading the column.”

Yesterday I got what will be my last check from #LAWeekly . The new owners announced that stories will now be written by unpaid "contributors." This is apparently how you "save" journalism in LA. By asking writers to work for free. Fuck these clowns forever. pic.twitter.com/77KougjYpy