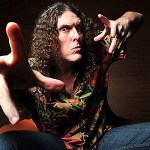 Um… so I guess I’ve got a NEW SINGLE out?? (Hey, it’s news to me too!) “Scarif Beach Party” is apparently available wherever stuff is streamed or sold these days. And LEGO Star Wars Summer Vacation is on Disney+ right now!

The all-new animated special from Lucasfilm and the LEGO Group and the newest entry in the popular signature branded cross-saga storytelling series that began with “LEGO Star Wars Holiday Special” and continued with “LEGO Star Wars Terrifying Tales,” will premiere August 5, 2022, exclusively on Disney+.