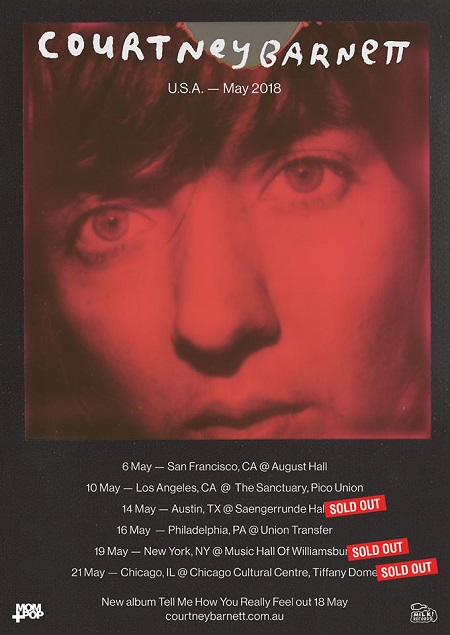 Courtney Barnett’s album launch shows in the United States have sold out in New York, Chicago and Austin.  Tickets for shows in Los Angeles, San Francisco and Philadelphia are on sale now.  Every ticket comes with a pre-order of her upcoming album, Tell Me How You Really Feel, digitally, on cd or upgrade to vinyl.

Barnett will release her highly anticipated sophomore album, Tell Me How You Really Feel, on May 18, 2018 via Mom+Pop/Marathon Artists/Milk! Records.  Her previous album, Sometimes I Sit And Think, And Sometimes I Just Sit, was ranked as one of the best albums of 2015 by numerous publications and peaked at #20 in the United States on the Billboard 200.  It was also certified ‘Gold’ in Australia for selling in excess of 35,000 equivalent units.