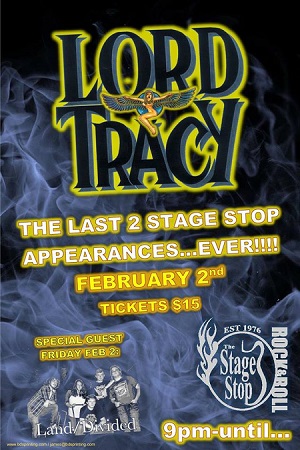 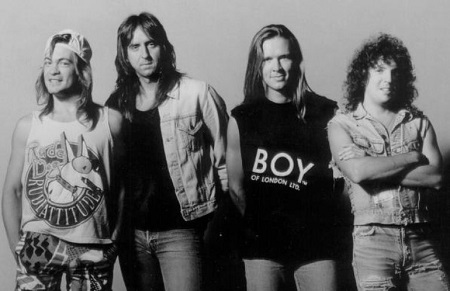 Lord Tracy, the group featuring Pantera co-founder Terry Glaze and Kinley “Barney” Wolfe (The Cult, Black Oak Arkansas), will be playing their final shows EVER at The Stage Stop in Memphis, TN on February 2nd & 3rd. Full in Bloom reached out to Glaze and the singer told us, ‘originally, it was just going to be the one night and they kept talking and it turned into two nights and now it’s turned into a whole weekend party.”

Glaze explained:
“The lady who runs that bar, her name is Nita Makris, and she just had a birthday and it’s her 45th year of running that bar. Same bar, same location.  She just said, ‘you know, I can’t do this forever.’  And not knowing what the future is going to be, she kind of let us know, ‘I’d like to have you (Lord Tracy) come play one more time before I’m done with this bar.’ We were basically told, ‘come now or you might not be able to get an opportunity.’  Most people might not know, that bar, The Stage Stop in Memphis, TN., that’s ground zero for Lord Tracy.  That’s where we got discovered.  That’s where it all took off.  And so, that lady basically has been  a mother figure, nurtured us, supported us from day one.  And when she said, ‘will ya’ll come play my place one more time?’  We just all said, ‘Yes.’

The excerpt above is taken from Glaze’s in-depth interview with our Full in Bloom Podcast. Listen to the entire interview at this location.