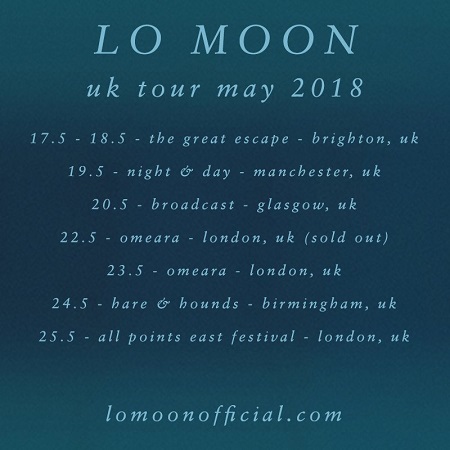 Lo Moon have announced a string of U.K. tour dates set to kick off on May 17th with a 2-night stay in Brighton at The Great Escape.  The 7-date trek will also make stops in Manchester, Glasgow & Birmingham before wrapping on May 25th in London at All Points East Festival.  A list of dates can be found below.

Lo Moon will release their self-titled debut album on February 23, 2018.  The official video for their single, “Real Love,” has been embedded below.