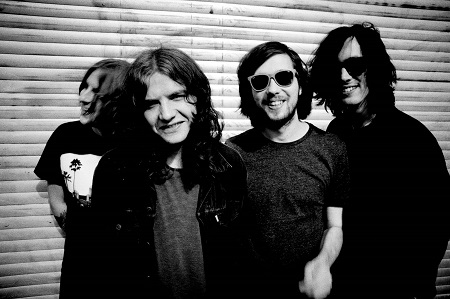 The Wytches have postponed the first Crest of Death clubnight on June 11th. The band says they are extremely sorry to those who have made plans, but were forced to cancel “due to recording commitments.”

The night was to see a performance by The Wytches, plus showcase new/established talent, bands and guest DJs. A new date will be announced next week. All previously purchased tickets will be valid for the upcoming show.

Formed in Brighton in 2011, The Wytches comprises of Kristian Bell (vocals, guitar), Dan Rumsey (bass, vocals) and Gianni Honey (drums). Led by Bell’s luminous lyricism, feral delivery and over-driven, surf-like guitar bends, the trio create a sound that is at once raucous and unruly, and yet decorated with semi-automatic poetry and authentic emotional clout.

The group has not released a full-length album since 2016’s All Your Happy Life. The album marked a creative leap for the group. Some might say it is the sound of a band finding their place in the world. It has taken commitment and a half-decade’s toil to get to this point and the creation of All Your Happy Life followed a period in which purpose and direction were questioned and scrutinized.