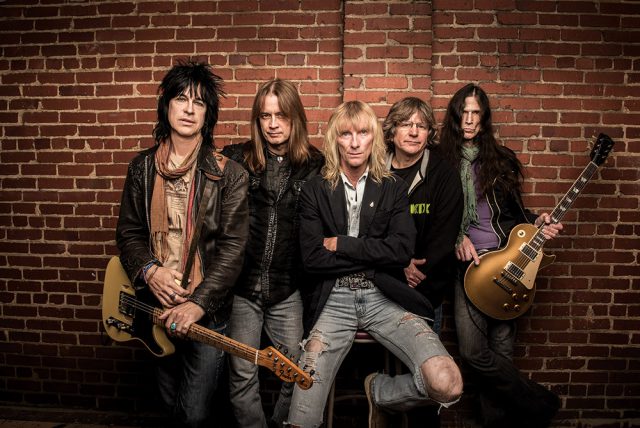 BLOW MY FUSE WITH FUSE 30 REBLOWN

REMIXED/REMASTERED VERSION OF BLOW MY FUSE AND

NEVER-BEFORE-RELEASED DEMO RECORDINGS OF ALL 10 TRACKS

On the 30th Anniversary of their platinum album, Blow My Fuse, Maryland hard rock icons KIX will release Fuse 30 Reblown on September 21, 2018, exactly 30 years after Blow My Fuse’s original September 19, 1988 release date. KIX announced the release from the stage of the M3 Rock Festival where the band performed their highest charting album in its entirety last weekend to their hometown crowd.

Fuse 30 Reblown features a stunning Beau Hill (Alice Cooper, Ratt, Warrant, KIX) remixed and remastered version of their Atlantic Records release, as well as special never-before-released demos of all 10 tracks, recorded in the early to mid 1980’s. The album features the group’s biggest hit, the power ballad, “Don’t Close Your Eyes,” which reached #11 on the Billboard Hot 100 in early 1989. The album achieved platinum sales and peaked at #46 on the Billboard Top 200, making it the band’s most successful of their 35-year career.

“We are proud to be celebrating the 30-year anniversary of the biggest album of our lives,” says singer Steve Whiteman. “We went from clubs to arenas, a van to a tour bus, and from the U.S. to Japan and Europe. And 30 years later, our fans are still right here with us.”

Fuse 30 Reblown will be available for pre-order in July through the band’s PledgeMusic store, where fans can also purchase special commemorative merchandise.

KIX gracefully eased back into the public consciousness in 2008. After sold out hometown gigs, the quintet hit the stage at Rocklahoma in front of over 20,000 people, venturing out of the Mid-Atlantic for the first time in 13 years. Delivering a triumphant set alongside Sammy Hagar and Alice Cooper, they left their mark on old and new fans alike. After capturing their fiery reunion on 2012’s Live in Baltimore CD & DVD, the members agreed to enter the studio once again.

KIX last released CAN’T STOP THE SHOW: THE RETURN OF KIX on October 21, 2016, a two-disc DVD/CD set that entered the Billboard Top Music Video Sales chart at #3, and rose to the #1 position, the band’s highest charting debut and first #1 ever in their 35-year history. The 71-minute film offered an in-depth look into KIX’s decision to record their first new album, 2014’s Rock Your Face Off, in almost 20 years.

Disc 1 – Blow My Fuse remixed and remastered By Beau Hill:

Red Lite, Green Lite, TNT
Get It While It’s Hot
No Ring Around Rosie
Don’t Close Your Eyes
She Dropped Me The Bomb
Cold Blood
Piece Of The Pie
Boomerang
Blow My Fuse
Dirty Boys

KIX will be performing select shows for the rest of the year. A list of dates can be found below.