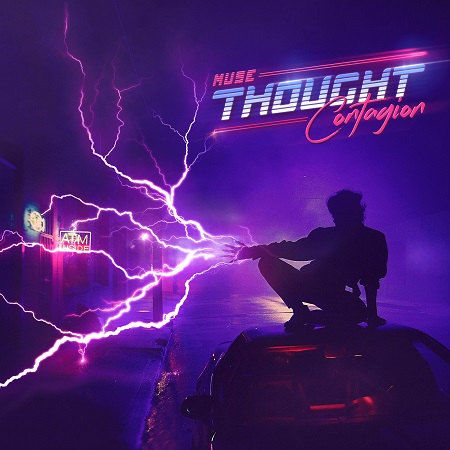 The official video for a brand new song called “Thought Contagion” from Muse can be viewed below.

Matt Bellamy and Dominic Howard stopped by The Kevin & Bean Show to talk about the new song and the band’s upcoming plans.

Asked if the band was ultimately working toward a new album, or if they just record songs as they are written, Bellamy responded, “We found ourselves in the mode, haven’t we, the last 2 or 3 weeks. Last year was patchy because we had a bunch of shows, we did like 35 shows or something. And so we did that “Dig Down” song. Then we started recording a couple of tracks September/October time and then we sort of got a bit lazy and went ‘yeah, whatever’ because Merry Christmas/New Year. But a new year hit and all of a sudden we’re inspired to work. We’ve been to the studio every day for the last two weeks.”

Howard chimed in, “We started last year in Malibu and now finishing off a batch of songs in Santa Monica, but we’re close.”

About the new track “Thought Contagion,” Bellamy said: “I think “Dig Down” was the last gasp of hope. This one’s more on the dark side, let’s say. There’s actually a track on the album called “The Dark Side,” which is one of our favorite tracks actually. We’re just working on that at the moment.”