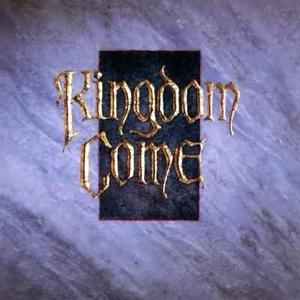 full in bloom: In 1987 you signed with Polygram Records. Does anything stand out from the day you signed your record deal?

Lenny Wolf: Drunk on happiness! What else?!? Breaking a bed in New York while I was jumping up and down.

Lenny: It was a deal I would not sign again today, but in those days, it was common to sing your songs for love. Money was fair, and later on, after we went gold, of course fantastic. Unfortunately, we don’t own the rights for the first 3 Kingdom Come records, which we would like to offer to people. Universal, who owns the songs now, is not doing anything with them. A pity.

fib: What was the search process like for you during those days when you were forming Kingdom Come?

Lenny: One of Derek Schulman’s (head of A&R Polygram and former singer of Gentle Giant) big points before signing was, I must put together a band. Which is exactly what I wanted to do anyhow. I knew a friend by the name Lucy Forbes in Los Angeles, who made a living by connecting musicians. I gave her an audition tape for the players to learn and met with them later on in a rehearsal room. As simple as that, with James Kottak, I knew instantly that he was my man, Danny (Stag) had the “tone,” Rick (Steier) was James’s best friend and happened to play a reliable rhythm guitar, and Johnny (B. Frank) was just too cool to not have him in the band. He was as crazy about cars and women as me; that just made sense enough back then.

fib: Kingdom Come was the first time you fronted a band without playing guitar. Was that an adjustment?

Lenny: It felt strange in the beginning since I’m not that David Lee Roth type on stage, but it was okay later on. I now enjoy playing the axe myself again very much. Even though I am very busy at times with all my floorboards due to so many different sounds we have to deliver. For example, like “Twilight Cruiser.”

fib: What stands out when thinking about the recording sessions for the Kingdom Come self-titled debut?

Lenny: I was very busy pulling Bob Rock out of the studio to that great strip joint and eating place in Vancouver, where we fell in love on a daily basis. Vancouver is kind of a bridge between Germany and the US. Very big but with lots of European influences as well. I really liked it. The singer from Loverboy came by, showing us his new Ferrari. Just funny seeing the guy whose song I heard a million times in Hamburg while growing up. Welcome to the real banana! Many more stories I would not want to yell about today. Things you just don’t talk about. Respect and shame, you figure it out. We occupied a whole floor at the hotel, which fast became the exchange place for the young and free, or shall I say stupid and careless. Happy to see how Bob became a big guy after establishing Metallica.

fib: How much was the recording budget, and how long did it take to record?

Lenny: I see; you just keep trying. The time frame, as I remember, was about 4 weeks in Heaven. The money was about the same as with Stone Fury. A lower 6-digit number. Thinking about it today makes me wonder.

fib: What was it like working with Bob Rock?

Lenny: Great, great, and greater! I miss him. The last I heard is that he is burned out by the Metallica boys. Very cooperative, very talented, and very serious. He knows how to get the best out of a band’s strengths.

fib: Where were you the first time you heard “Get It On” playing on the radio?

Lenny: I think in Los Angeles, where I lived at that time. I freaked big time. There he is, a little German remote-controlled idiot, hearing the song I wrote all over America. Hallelujah.

fib: Tell us how the song ended up on radio stations across the country before the album was even released.

Lenny: Oh, my God. This would really blow my time frame now: PLEASE visit: lennywolf.com. There it is written in detail.

Having finished the record, Bob and Lenny flew to New York to mix it at the Electric Lady Studio, formerly owned by Jimi Hendrix. During the mixing session of “Get It On,” John Kalodner, a John Lennon look-alike and back then one of American most listened to men, stopped by to say “hi.” He liked the song and asked if he could take a cassette with him. As far as is known, the tape ended up at a radio station in Detroit, which played the song without anyone in the band or Polygram Records knowing about it. Hard as it is to believe, other stations actually recorded the song off the air since the record had not even been released yet. The American music industry magazine “Album Network” reported about a mysterious band, which kept the telephone lines of Detroit’s rock stations busy for days. Suddenly, a few weeks later, all of America’s rock stations were playing “Get It On. Kingdom Come shipped gold (500,000 copies).”

fib: How did you guys end up doing the North American Monsters of Rock tour in 1988?

Lenny: I had to decide whether to go out with AC/DC, Def Leppard, or the first US stadium tour. My manager Marty felt it would be best to join the Monsters of Rock tour. I had a blast, but I don’t know if it was the right decision. Who knows? I thank God for having lived through that time. Something nobody can take away from me. But never again will I sing at 2 pm right after breakfast.

fib: Later in ’88 you toured with the Scorpions. Any cool memories from the road?

Lenny: Cool, I don’t know. But it was nice to hit the big stages with them further on in the US. The Scorpions are a very professional band that always had a good sound. I had to do some growing up ever since, which I did. My first “drunk on stage” experience, due to a cold which I was trying to overcome with tequila. Bad idea. Happened in Chicago. Jim Morrison saying hello.

fib: Why was Kingdom Come pulled off the tour?

Lenny: I don’t remember being pulled off?! I do remember having a lighting issue with them because I kept walking on Klaus’s stage extensions, which I wasn’t allowed to do, which in the heat of the moment, I kept forgetting. Shame on me. But I think we finished the tour as planned.

fib: The debut album ended up going platinum in several markets. Did you see a nice chunk of money from it?

Lenny: Life was a peach.