After years of glam metal stardom and acrobatic guitar heroics with Europe and Dokken, John Norum has returned with a new solo record titled Gone to Stay. 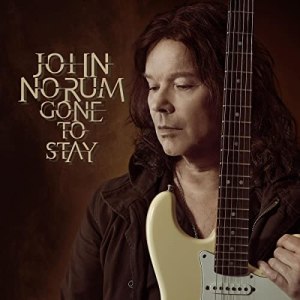 What was the framework for Gone to Stay, John?

It’s a blend of all kinds of different influences that I’ve had over the years. I think it’s the most complete album I’ve done; I feel like there’s no one bad track on there. It’s a mix of all different styles and things, and I’m very excited about it. I don’t know if you’ve seen the video that just came out now – there are two singles out at the moment – one is “Sail On,” and one is “Voices of Silence” – and it was cool. We have a third single coming out, and it’s a mix of blues, hard rock, and even some metal in some places.

It’s been a bit since Europe’s last studio album. Is any new material on the way?

Yeah. We are talking about doing a new album next year, and everyone is writing for the new album now. Also, we are in the middle of a documentary on Europe’s history. It starts in 1982 and runs through the present day. We’re filming that – it’s about two hours long, I think – and that will be released sometime in 2023. So, hopefully, Europe will have a documentary and a new album coming out in 2023.

What will be the blueprint for this album? Will it be a return to the roots?

I don’t know what will happen yet, but I suggested we go back to the roots a little bit. We experimented with different styles and this and that, and I don’t think we can take it any further. I mean, we have done the nu-metal stuff; we have done some pop things, even some grunge kind of things. I don’t like to put things in different categories like that, but I think the experiment is over now. I think we should go back to what we did on the second album, Wings of Tomorrow, or The Final Countdown, back to more melodic hard rock. That’s what I would like to do.

Speaking of The Final Countdown, what was your reaction when Joey [Tempest] initially presented the title track to you?

When I first heard the demo, it was about six minutes long. I was very much into heavy hard rock and heavy guitars – still am – and I was like, “We can’t put this song on the album. There’s no way. Just listen to the keyboard intro; this is too poppy.” I was like, “Are we becoming Depeche Mode?” Even though I like them a lot, I hated them in the ’80s, but I like ’em now. [Laughs]. So, I wasn’t very positive in the beginning, but when we recorded it, we had a lot of fun, and all of the other guys wanted to do the song, so I said, “Why not?” And the solo came out great; I’m thrilled with the way the solo came out. It became a classic, and it’s a lot of fun to play live; you see the people going crazy and jumping up and down. I will say that I like “the song “The Final Countdown” more today than I did when we recorded it in the ’80s.

So, it grew on you over the years?