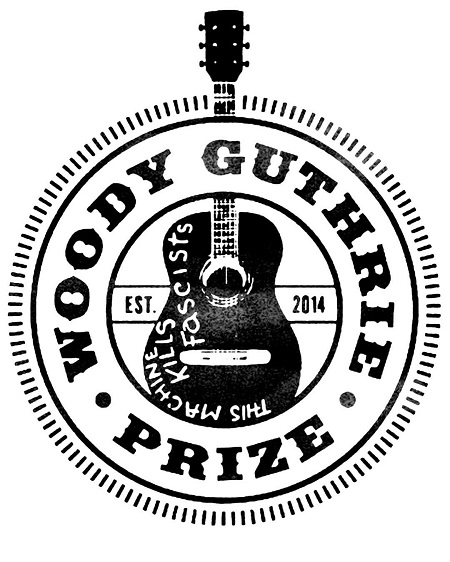 The Woody Guthrie Center will honor John Mellencamp with the Woody Guthrie Prize in Tulsa on August 30th, the day before the opening of a special exhibition, “MELLENCAMP,” curated by the Rock & Roll Hall of Fame and presented in Tulsa by the Hard Rock Hotel & Casino Tulsa.

The Woody Guthrie Prize will be awarded during an intimate program at 8 p.m. August 30th in the FlyLoft, 117 N. Boston Ave., directly above the Woody Guthrie Center. Seating is limited. Tickets are $100 for general admission and $150 for Gold Circle seating, which also includes a sneak peek at the exhibit before it opens August 31st. The program with Mellencamp will be moderated by music journalist Bill Flanagan. Tickets will be on sale July 20, available at the Center or by calling 918-574-2710.

The prize event will coincide with the Aug. 31 opening of MELLENCAMP, an exhibit of music, art and artifacts presented by the Rock & Roll Hall of Fame that tells the story of Mellencamp’s early influences and his role as a champion of heartland values and an advocate for American farmers. Scheduled through the end of 2018, the exhibit will display more than 100 items, including:

“I would like this exhibit to let people know, or discover, that I really have spent my entire life living the way I want to live, and doing what I want to do,” Mellencamp said. “And, that I consider myself the luckiest guy in the world for being able to do that.”

Mellencamp, a native of Indiana, was inducted into the Rock & Roll Hall of Fame in 2008 and was inducted this year into the Songwriters Hall of Fame by Woody’s daughter, Nora Guthrie. In 2012, Mellencamp received The John Steinbeck Award: “In The Souls of the People.” As a co-founder of Farm Aid, Mellencamp has helped give a voice and raise money for dispossessed farm families. He continues to tour and impact the musical landscape with his influence shown through musicians across genres.

Mellencamp has released nearly two dozen albums since the 1970s, with 10 records reaching the platinum sales mark. His most recent album, Sad Clowns and Hillbillies, includes the song “My Soul’s Got Wings,” with lyrics written by Woody Guthrie and music by Mellencamp.

The presenting sponsor for the Tulsa exhibition is Hard Rock Hotel & Casino Tulsa.

The Center is more than a museum; instead, it is a center of investigation for inspiration. By providing examples of Guthrie’s ability to use his creativity as a way of expressing the world around him, we hope to encourage others to find their voices and, through their educational programs, explore the power that lies within the creative process. For more information, please visit http://www.woodyguthriecenter.org.

About the Rock Hall
Rock Connects Us. Our mission is clear and simple: To engage, teach and inspire through the power of rock and roll. We share stories of the people, events and songs that shape our world through exhibits, innovate programs and concerts. Join the millions of other people who live it as much as you do. It’s a celebration of fans like you. Experience it live or online: Visit rockhall.com or follow us on Facebook, Twitter (@rock_hall) and Instagram (@rockhall). Long Live Rock!

About Bill Flanagan
Bill Flanagan is a writer and broadcaster, best known for his essays on CBS News Sunday Morning and for creating and producing the TV series VH1 Storytellers and CMT Crossroads. He hosts the Sirius XM Radio programs Flanagan’s Wake, Northern Songs, The Fab Fourum and Written in My Soul. He is writer/producer of the AT&T animated series Drawn & Recorded. Flanagan spent 20 years at MTV Networks where he produced countless music programs all over the world for MTV, CMT, VH1, Showtime, the Sundance Channel, and Nickelodeon. Flanagan is the author of two books about music, three novels, and one humor collection. He has written for Rolling Stone, Esquire, Vanity Fair, The New York Times, The Boston Globe, Men’s Journal, GQ, Spy and dozens of other publications.