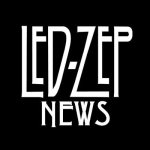 Speaking to Classic Rock Magazine for its 300th issue, Page was asked how he has been occupying himself over the past couple of years.

Interviewer Ian Fortnam told Page that “online forums” show fans are missing Page’s output, adding that “a new record would be a great reward for living through the past few years of madness.”

Well, I really can’t put on record what the new record is,” Page said. “I’ll leave it to your imagination. The thing is there are so many ways I could present myself right now. Actually, not right now. I’ll rephrase that: within a space of time [laughs]. I’ve come across all these various projects I did. And one of the things I did recently is listen to a recording I made of the Marrakesh folk festival, with the tribes coming in from all over Morocco, in 1975. It’s fascinating. Tribal stuff passed on from father to son and kept alive because of the folk festivals, Essaouira, and all the rest. Where there are people who want to hear the Berbers. I certainly do, it’s good for the soul.”

The full interview with Page is available to read in the 300th issue of Classic Rock Magazine, which you can purchase through this link.

Previous: Ricky Gervais on the Will Smith/Chris Rock Slap & Jada Pinkett: “I would’ve told a joke about her boyfriend” – 2022 – VIDEO
Next: Tom Zutaut: “What sometimes gets lost in the story of the Crüe is the true genius of Nikki Sixx”