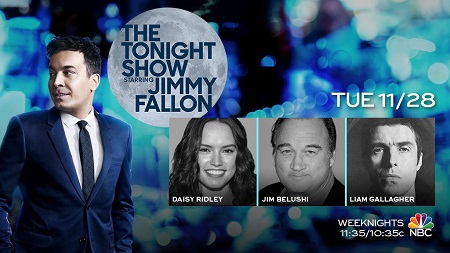 Liam Gallagher will be the featured musical guest this evening (November 28th) on the Tonight Show Starring Jimmy Fallon. The singer will be performing his brand new single, “Come Back to Me,” which will be embedded below as soon as it’s up. Tune in at 11:35/10:35C on NBC.

Gallagher released his debut solo effort, As You Were, on October 6, 2017. The album debuted at #1 on the Official Albums Chart in the UK after the former Oasis frontman sold over 100,000 copies in the first week, outselling the entire Top 10 combined. In addition to being the best-selling record, As You Were was also the most streamed album of the week…as you were.