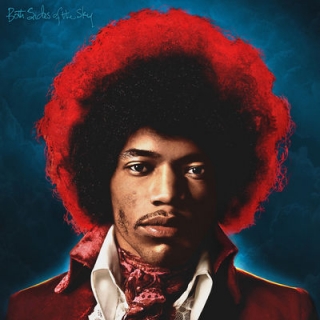 In the clip below, producer and engineer Eddie Kramer discusses Jimi Hendrix’s studio recording of “Lover Man,” from the album Both Sides of the Sky, the new Hendrix album coming March 9, 2018. Just two weeks before their four triumphant New Year’s Eve and New Year’s Day concerts at the Fillmore East in New York, Hendrix gathered with Billy Cox and Buddy Miles at the Record Plant to cut this dynamic rendition of what had become a favorite Hendrix concert staple.

Both Sides Of The Sky is the final volume in a trilogy of albums (with 2010’s Valleys of Neptune and 2013’s People, Hell and Angels) intended to present the best and most significant unissued studio recordings remaining in Jimi Hendrix’s archive. The album features appearances by Stephen Stills, Johnny Winter and Lonnie Youngblood and includes 10 studio tracks that have never seen release. It will be available on CD, digital, and as a numbered 180-gram audiophile vinyl 2LP.