Fleet Foxes 2017 European/UK Tour w/ Nick Hakim and Ultimate Painting + “If You Need To, Keep Time on Me” 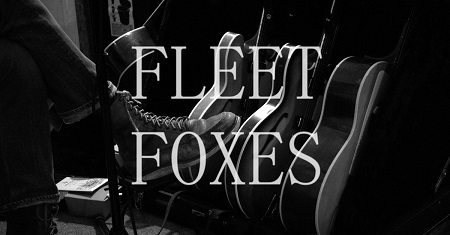 On November 7th, Fleet Foxes will begin their European/UK tour with special guests Nick Hakim and Ultimate Painting opening on select dates. A breakdown of the tour can be found below.

Fleet Foxes are currently promoting their latest album, Crack Up, which was released on June 16, 2017. The album was recorded at various locations across the United States between July 2016 and January 2017: Electric Lady Studios, Sear Sound, The Void, Rare Book Room, Avast, and The Unknown. Crack Up is the band’s third studio album and their first since 2011’s Helplessness Blues. The new track “If You Need To, Keep Time on Me” has been embedded below.