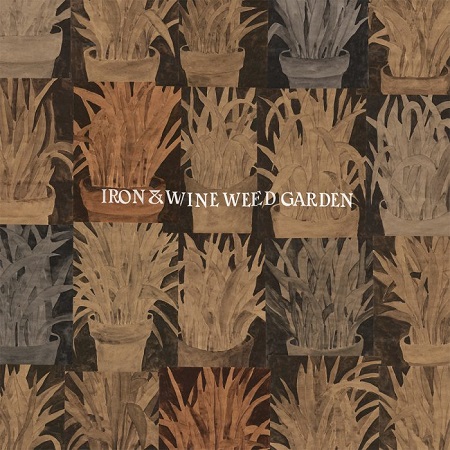 Iron & Wine are following up the 2018 Grammy-nominated full-length Beast Epic with the aptly titled EP, Weed Garden. Having gone over three years between releases prior to Beast Epic, Weed Garden arrives in short order, but right on time for Iron & Wine fans.

The six-song EP features material that was part of the writing phase for Beast Epic, but for various reasons went unfinished. The term “weed garden” could easily imply that which doesn’t belong, for principal songwriter Sam Beam, it was more about getting “into the weeds” on a creative process to finish the material. Weed Garden serves as the perfect companion piece to last years full-length.

While on tour last fall, the final pieces fell into place and a sense of urgency prevailed in bringing these songs to fruition. Space was created at the top of the year to return to The Loft recording studio in Chicago with the band behind Beast Epic – Joe Adamik, Jim Becker, Rob Burger, Teddy Rankin-Parker and Sebastian Steinberg. The collection of songs range from urgent (“What Hurts Worse”) to fun (“Rock and Roll Heroes”) to personal (“Talking to Fog”). The tones and themes all feel part of the larger narrative that presented itself on Beast Epic bringing this collection of characters full circle. Listen to lead off track “What Hurts Worse” below.

Weed Garden also includes the fan favorite “Waves of Galveston”. Widely bootlegged, but never officially released until now, this track is the oldest song on the EP. It first appeared as an online performance video as part of The Onion’s AV Club “State Songs.”

For album pre-orders go to this location.