Interview: An Evening with FISH at The Islington 2017 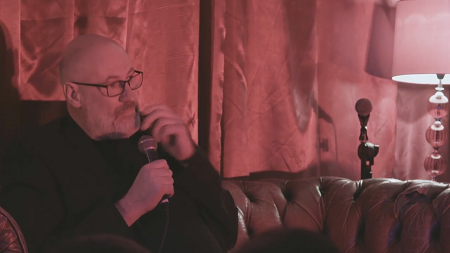 The first part in a series of videos shot by Crystal Spotlight,​ during an onstage interview with Fish at The Islington pub in September 2017, has been embedded below. The former Marillion frontman talks about his career right up to the initial writing ideas for the new Weltschmerz album as well as tour anecdotes, the difficulties and complexities of the songwriting process and various thoughts on the music industry and his perceived place in the world in general.