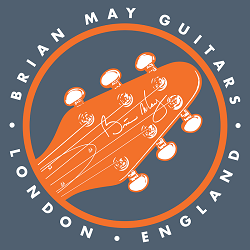 Brian May Guitars:  LEGENDARY TONE… ON YOUR DESKTOP! The hotly anticipated AMPLITUBE BRIAN MAY signature software collection from IK Multimedia is available now from the official Brian May Guitars online store. 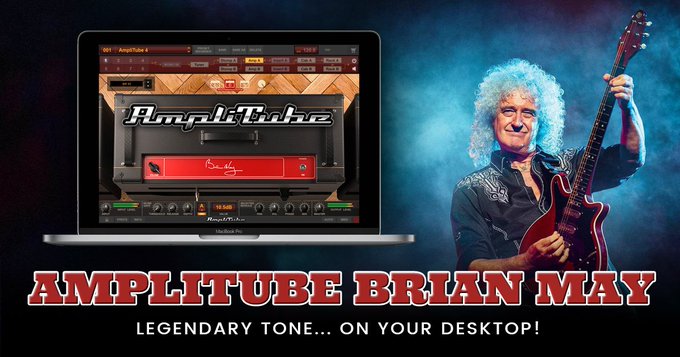 The AmpliTube Brian May for Mac/PC, iPhone and iPad – available now! Both feature precise models of the exact live and studio gear used by the legendary guitarist from the iconic band Queen – all recreated in collaboration with Brian May himself.

From Brian’s treble booster to his three-amp live setup and carefully curated effects selection, guitarists can enjoy new amp, cab and stompbox models in a convenient package, along with presets covering his celebrated discography. Each model was created with the supervision of Brian May and his long-time technical team, to carefully replicate his rig.

A key element of Brian’s distinct sound comes from his Red Special guitar that, famously, he hand built with his father in the 1960s from spare parts and household materials. Because the guitar is such an integral part of his rig, IK’s engineers went the extra mile to even create a new stompbox effect that helps simulate the Red Special’s tone and controls. This offers guitarists a more authentic musical experience that pays homage to this living legend.


What’s included in AmpliTube Brian May
AmpliTube Brian May features 10 brand new models including 2 amps, 3 cabinets and 5 stomps created to recreate both the guitar and gear Brian used live and in the studio. A new pedal modeling his Red Special guitar, the unique home-built “Deacy” Amp (with adjustable battery power!), the famous triple-amp setup, his tone-shaping effects, and even a harmonizer so you can nail those Queen leads and go Headlong into the tone that sparked a rock revolution – they’re all here.

2 Amplifiers
BM 30
Based on the classic triple VOX® AC30™ setup, this model offers 3 amps with the effects chain in a Wet-Dry-Wet configuration to match Brian May’s iconic setup.

3 Cabinets
2×12 BM 30 Blue
Triple cabinet based on the cab section of VOX® AC30™ equipped with with Celestion™ Alnico Blue speakers.

2×12 BM 30 H70
Triple cabinet based on the cab section of VOX® AC30™ equipped with with Celestion™ G12H Anniversary speakers.

5 Stompboxes
Red Special
Created by a detailed study of Brian May’s famous guitar, this helps add the unique tonality and controls of the Red Special itself.

Treble Booster
Based on the original KAT® Treble Booster, this stompbox effect will enrich your guitar tone similar to Brian May’s by boosting it before it reaches the amp.

May Wah
Based on a rackmount Dunlop® Cry Baby® wah, modeled in the exact configurations Brian uses to shape his tone.

FOX Phaser
Based on fOXX® Foot Phaser, a pedal-controlled phaser with a unique and distinctive sound.

Groundbreaking Modeling Technology
For the AmpliTube Brian May, we used our latest Dynamic Interaction Modeling™ to deliver the highest level of ultra-realistic sound when modeling Brian’s gear. The product of 20 years’ experience modeling analog gear, DIM™ models the behavior of EVERY component in the circuit all the way down to its smallest nuance and character. IK models have set the industry standard evidenced by our co-branding recognition from the most influential partners in the industry such as Fender®, Ampeg®, Orange®, Soldano® and many more.

Applied to Brian May’s rig, the result is the same sound and feel you’d get from the real gear as he used in the recording studio and live in concert.

This machine is wild!! It transforms your guitar into a different instrument in a different universe – in this case, MY universe. Dial in one of the presets to get into Hammer to Fall or Bo Rhap or Killer Queen. Then make your own custom adjustments to fine- tune it, and mould it, and create the tone you want to own. And … save!! Enjoy!