Manager Doc McGhee on KISS’s Decision to Create Alter Egos: “They didn’t feel like they could compete in blue jeans against the rest” – 2022 INTERVIEW

VWMusic: From his hotel in Helsinki, McGhee recently chatted with VWMusic via phone regarding his quarter-century-long tenure as the unquestioned coach of KISS. You can read the entire interview @ this location.

Throughout The End of the Road Tour there has been near-constant speculation if Ace, Peter, or Bruce will be joining the band on stage. Are any of these guys going to come and play, or will it just be Paul, Gene, Eric, and Tommy standing together on that final night? 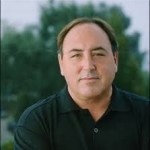 Honestly, I don’t know. You can invite them, but they may not come. They may come, they may not come, and we might not invite them. We’ve talked to them, and we’ve talked about it. Well, we don’t talk to Peter, but we do talk to Ace. We haven’t talked to Peter in a long time. But you know something? They were part of it, they aided in starting this band, and they should be part of the end of this. They started this, so in some way, they should be able to share that spotlight on the way out. Now, regardless of if it happens or not, you’re not going to get six guys up there in makeup. That’s not going to happen.

There’s an interesting quote floating around out there that basically says, “The reunion era killed KISS as a creative entity.” I personally don’t agree with that, but I wanted to get your two cents as well.

When you’re at the top, everybody wants to take shots. So they go, “Well, they’re not being creative,” or they say, “They aren’t doing what they did when they recorded Revenge.” Now, I personally thought Revenge was really good – if was really good if it wasn’t KISS doing it. This wasn’t The Beatles going from “I Wanna Hold Your Hand,” to Sgt. Peppers. [Laughs].

Look at other really successful bands who have had great longevity, and I’ll use ACϟDC as an example. You don’t see ACϟDC changing their sound, do you? Although I really like ACϟDC, you can’t deny that they stay true to what they do and that’s what I thought KISS had to do. Whenever bands and artists make really big changes, it’s pretty much because they’ve had such an amazing record that they can’t duplicate it. But with KISS, you never had that one massive record, or that one single massive song that we couldn’t beat. Instead, we have a lot of great, classic songs that mean so much to a lot of people.

I know it sounds corny, but it comes back to the idea that you can be what you want to be. That’s how KISS got there. They couldn’t compete. They didn’t feel like they could compete in blue jeans against the rest. So they went the route of alter egos, and they did that so they could go and be that person that they wanted to be, and it was awesome. To this day, Gene, Paul, Tommy, and Eric own those characters when they’re on stage. They fucking work them, and people believe them. That’s what has kept KISS alive.